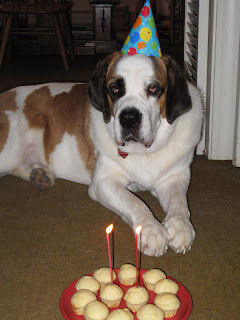 Except that she still acts like a big baby, but that's something completely different. 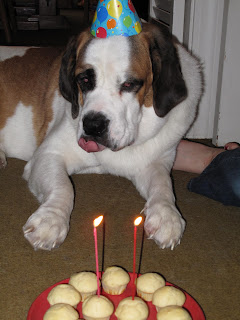 We made a batch of plain cupcakes for her, to mark the occasion. My daughter put the hat on her and promised her treats if she wore it without complaint. Puppy is a trusting soul, and put up with the elastic band on the hat, as long as there was a plate of warm yummy cupcakes there, under her nose. 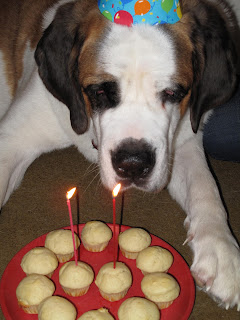 She didn't flinch from the candles as she made her wish... but the kids did help her blow them out. 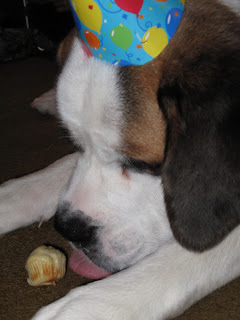 Puppy enjoyed her birthday treats, as she ate them one by one. Out of the dozen cupcakes, she let each kid have one, and let the Big Dog have two. She ate all the rest.... 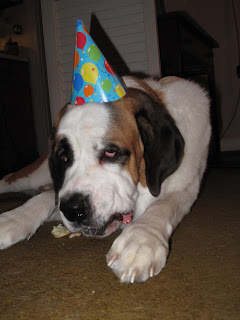 ...and not very neatly, I might add. After the first one, she kind of scarfed the others down, snuffling at the plate to scoop another one up in her jowls. Then another. Then another.... 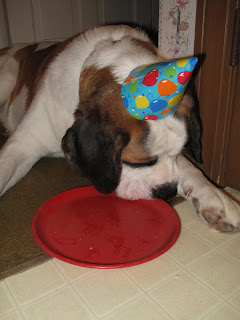 ...until there were none left.

So, what did You do this weekend?
Posted by Katie O'Sullivan at 9:29 AM