BOOK REVIEW: WHAT GIFTS SHE CARRIED, by Lindsey Loucks 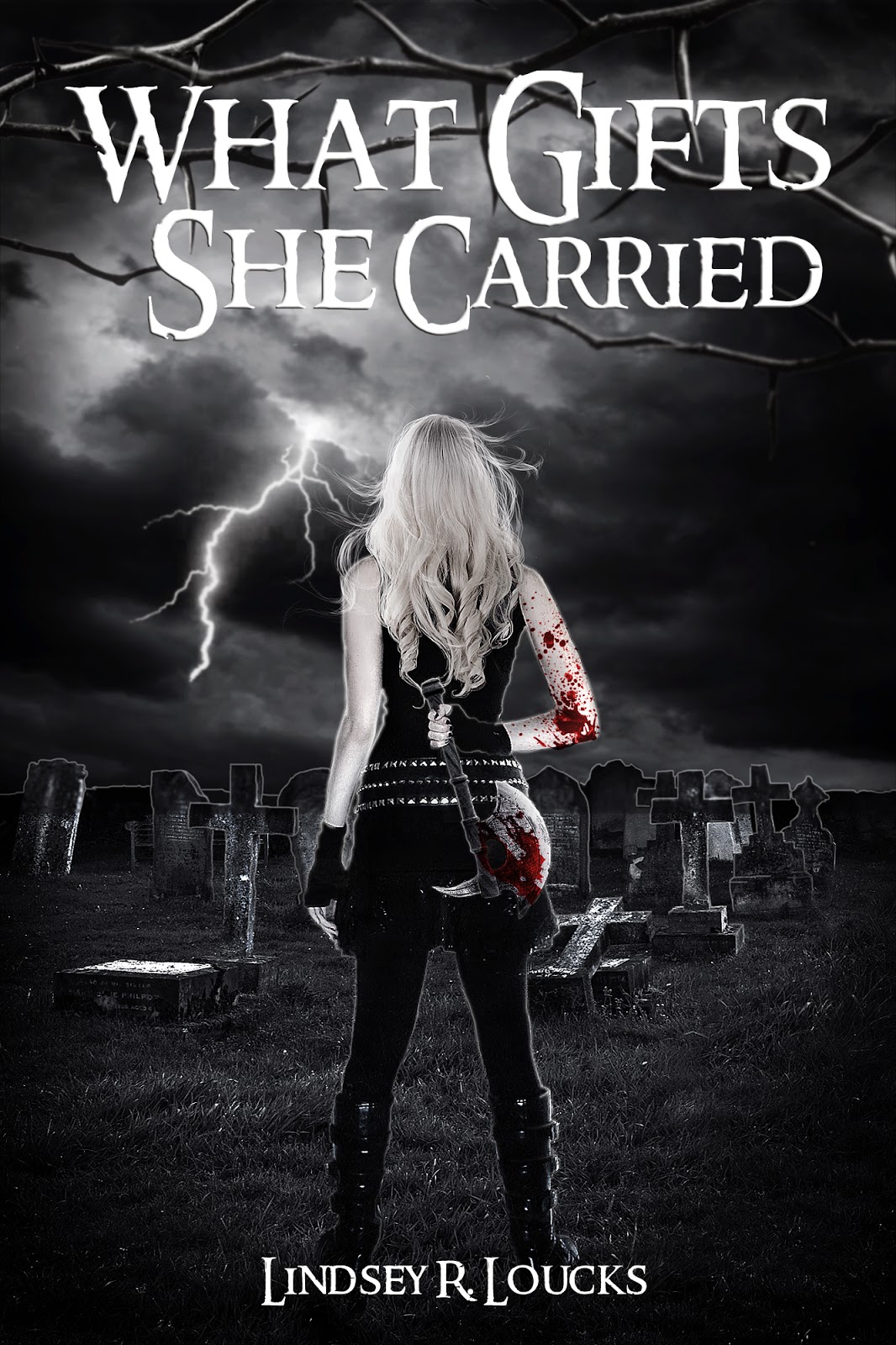 What Gifts She Carried, by Lindsey Loucks
Published by Crescent Moon Press, 2014

Leigh Baxton just wants to pick up the pieces of her life—if you could call it that—but someone keeps resurrecting the dead. These new zombies have a knack for spilling Leigh’s precious blood, something she was warned about by a certain pair of undead sorceresses.

This is the second book in the series that started with last year's The Grave Winner. Book two picks up soon after the first one ends, plunging us right back into the action.

Leigh Baxter just wants to go back to her normal, boring life. She wishes the worst thing she had to worry about was her upcoming finals, or the fact that her crush Callum is leaving town right after graduation to play college baseball.

But Leigh and her friends are still right in the thick of the battle raging in her small town between good and evil, between the dead and the undead. Leigh's mother had many secrets that she kept hidden, including her magical powers.

Now Leigh finds her dad has sorcerer blood too, making Leigh and her sister a rare combination, irresistible to the evil lurking in Kansas. How did sleepy Kansas become the epicenter for the end of days? And the uber-conflicted, insecure Leigh the world's only hope?

Part magical horror, part nuveau-zombie novel, What Gifts She Carried will keep you turning pages and guessing at Leigh's next misstep well past bed time. Not what I usually recommend for a summer beach read, but this is a good, spooky book for that dark and stormy night.

A few notes: This is not a stand-alone book. You really have to read the first book to understand what’s going on. And the ending is reminiscent of The Hunger Games, ending on a huge cliff with an “End of Book Two” tag. (Arrgh!) But at least we know there’s more to come. (Even if it isn’t available just yet…)