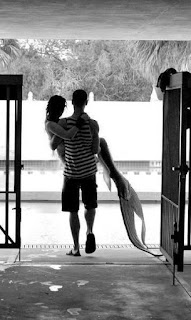 March has been a fun time in my author bubble (the one I pretend to be in when I'm not at my day job or volunteering at something for one of my kids...)

I spoke at a local elementary school to three different classrooms of fourth graders, answering questions about my books, other books, being an author, and writing in general. Great questions from a bunch of interested, respectful, polite kids... most of whom admitted to being enthusiastic readers.

I was invited to participate because one of the teachers happened to have taught all three of my kids when they were at a different middle school, and is a fan of my mermaid series. Since March was author month, she thought it might be fun for the kids to have a real author come in to answer their questions. It was fun for me too. 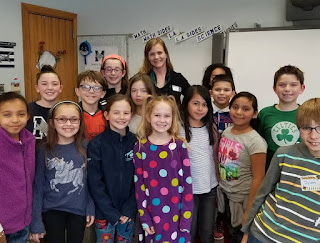 And then I also got a call from a local bookstore with a request for more of my mermaid books to carry in stock, as people had come in to request them. They took a few extra to put on the shelves, so if you're on the Cape, the Brewster Book Store on 6A in Brewster now has the whole series (so far) in stock!

I received a nice piece of fan mail recently too - from a young reader in Colorado. I actually met her dad at a conference in California, and sat next to him at a dinner. He shared a funny-in-retrospect story about when his daughter was very young and convinced that she was actually a mermaid... and sank to the bottom of a pool and almost drowned. She still wants to be a mermaid, but is now a little more practical about it.

I sent her a copy of DESCENT. It's always fun to connect with a fellow mermaid lover.

Which brings me to today, and the fun piece of fan mail I received by email from a college student in Mexico City whom I've been corresponding with for a few years, since he first read Book One and reached out to me via my website "Contact Me" page. Jorge has lots of suggestions and ideas of prequels and scenes he wants me to write - - he's really anxious for Shea and his mother to spend time and get to know one another.

And he's really anxious for Shea and Kae to have some intimate moments before the end of the series. Don't misunderstand, the way he phrased his request was romantic and poetic, but he still wants them to go there.

I admit to some bemusement - having just been in the elementary school with the same stories.

I don't think I'm going there with this series. I've gotten enough grief from a certain faction of readers over the fact that the characters are teenagers and using the words "I love you." Whether you want to acknowledge it or not, fifteen and sixteen-year-olds use those words to one another when they're in relationships. They may not "mean" it in the same way as a thirty year old, but then again, Romeo and Juliet were sixteen. But getting more intimate than kissing? I'm pretty sure that wouldn't be appropriate for a young YA book like my series.

But romance? Emotion? Longing? Sure.

Her body shivered under his touch and he remembered why they’d come upstairs in the first place. “You’re still cold?” He put his arm around her and hugged her. She felt warm against him, her body radiating heat like a bonfire. Her hair smelled of salt air and sunshine.
“I’m not cold,” she whispered and shivered again. “Just scared.”
He cupped her cheek with his hand and tipped her face, looking into her wide eyes. “Don’t be,” he whispered, and kissed her lightly. Her soft lips tasted of salt and sweetness, like the saltwater taffy they sold in the center of town. He wound his fingers through her golden locks, her hair silky and fine like spun sunshine. His heart hammered as he kissed her, the blood pounding in his ears drowning out the world around them. He felt like his body was tumbling through space… until a sharp bark brought him back to the present and he opened his eyes. Lucky stood next to the bed, prodding Kae with his black muzzle.
Kae drew away, her cheeks flaming red once again. “Oh,” she said, jumping to her feet. “Oh, I’m so sorry!”
“Sorry?” Shea stood slowly, his brow knotting with confusion. “What is there to be sorry about?”
“I…I… Maybe we’d better get going. My father will know what to do to help your mother.” She turned and walked into the hallway. He felt like all the heat left the room with her, his heart still pounding with a rapid, steady sharpness. Sorry? Why would she say that?
Lucky stood next to Shea. He frowned at the dog. “Way to go, dog. Rule number one? Never interrupt a first kiss.”
Lucky gave another sharp bark and wagged his tail.
“Stay here,” he commanded and followed Kae. The dog whined. “No, boy. You’ve done enough.” He shut the bedroom door behind him. The dog thumped against the door and barked a frantic warning. Shea ignored the noise and followed Kae down the stairs. He had no idea where they were headed, but after that kiss he’d follow her anywhere.

Posted by Katie O'Sullivan at 1:06 PM