Writing Wednesday: Charlotte O'Shay and her City of Dreams series 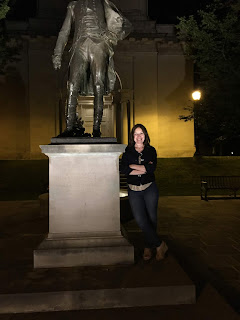 Today my guest is Charlotte O'Shay, chatting about her new book Their No Strings Affair. It's the third in her City of Dreams series for The Wild Rose Press (which I reviewed HERE), and even though it's set during the Thanksgiving/Christmas season, it was just released last month... but I have to admit, I'm one of those people who can read a Christmas story any time of year!

Christmas in July? No problem! Especially in New York City - where the holiday season is so bright and full of lights and hope! Welcome, Charlotte! 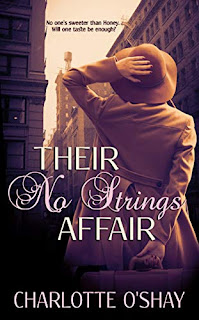 Thanks Katie. I’m so happy to visit you today to chat about my latest steamy romance, Their No-Strings Affair, (Book 3 in the City of Dreams series).

So, there’s a wedding.

Okay… weddings are pretty standard fare in romance novels but in the City of Dreams series each book overlaps with the SAME wedding. It’s Sabrina and Vlad’s wedding from Book 1, the very steamy The Marriage Ultimatum. (Yes, all three of these stories are standalone reads.)

I’ve always been fascinated by the varied people who come together at weddings, from the happy couple to friends and family, who can be true blue or the toxic variety. And of course, the behind the scenes hired folks who make sure the whole thing goes down smoothly.

Jake and Honey are in the last category, the hired help. He’s a by the rules, ex-military guy with a ton of baggage and head of security at the high-profile wedding. Honey is a smart, wide-eyed, new to the city artist who fills in for a friend as a server at the wedding for some quick cash. And yes, in this enemies to lovers story, the sparks do fly immediately between this pair!

The other common theme of this series?—all three stories are set in NYC, which I call the City of Dreams.

In Their No-Strings Affair the reader gets to experience life in NYC as seen through the eyes of a New Yorker, our alpha hero Jake as well as Honey, a sassy newcomer with stars in her eyes. We go along for the ride as Jake and Honey discover the city while they also explore their seriously fiery chemistry.

Just to make my hometown even more enticing, I set the latter part of the story in the Christmas season. Honey is a ceramic artist and some of her first and favorite creations are ceramic Christmas ornaments. She cajoles Jake into helping her put up a Christmas tree—something he’s never done before and Jake takes Honey on a surprise date to one of his favorite NYC holiday venues: The Holiday Light & Train Show at the Bronx Zoo.

I love the way Charlotte writes, and how she brings her hometown to life for her readers. Come back on Friday to read an excerpt from the story - or go grab a copy now and start reading! Here's the full blurb and buy links:

Honey packs everything she owns and heads to NYC to jumpstart her art career. Her cheating boyfriend is history, and she finally acknowledges the truth of her mother's mantra: Careers are forever and happily ever after isn't in their DNA.


Author Charlotte O’Shay was born in New York City into big family and then married into another big family.

Negotiating skills honed at the dinner table led her to a career in the law.

But after four beautiful children joined the crowded family tree, Charlotte traded her legal career to write about happily ever afters in the City of Dreams.

Charlotte loves to challenge her heroines and heroes with a crisis and watch them figure out who they are while they fall in love.