Friday Feature: Excerpt from Breaking the Rules, by Katie O'Sullivan 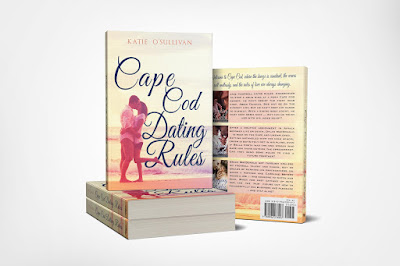 Together, the series - and the paperback - is titled Cape Cod Dating Rules.

It's fiction. It's three friends who each have rules about dating, designed to keep their hearts safe.
And the hot guys that convince them to break those rules. 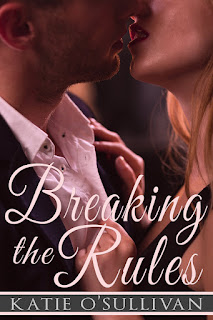 She wondered what those sculpted lips would taste like, how they would feel on the sensitive skin along her neck… her cheeks blazed anew at the sudden and intimate direction of her thoughts. Nerves jangling, heart suddenly beating faster, she almost missed the rest of what Uncle Charlie was saying.
“…and at least now he’s learned his lesson about making time with the owner’s daughter. Unfortunately, come to find out the man has unsavory connections so we all felt it would be safer for Jake to make himself scarce for a few months. Thanks for offering him a position in the kitchen, John.”

Grab this first story on Kindle for 99 cents

...or get the paperback of all 3 stories for the beach.

Posted by Katie O'Sullivan at 8:19 AM