Today I'm excited to be part of the ENHANCED blog tour, celebrating the debut YA ficion by fellow Crescent Moon Press author, Courtney Farrell. A former scientist and science writer, this is Courtney's first foray into YA fiction at its dystopian best. Check out this cover and blurb - - 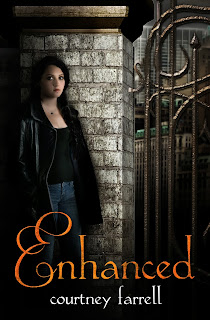 
Sixteen-year-old Michelle is a product of the Institute’s eugenics program, where people are bred like livestock. One doctor decides which kids get to grow up, and which disappear. Only Culls walk into the slum outside Institute walls, and they never come back.

Michelle has survived every purge, and she’s about to win a luxurious life as a breeder. Then the doctor banishes her brother Seth and her boyfriend Brian, and she risks everything to find them in the cutthroat slum. She’s in trouble until handsome Dillon stakes a claim to her. Michelle is mortified, because Norms are practically animals. But the doctor is using the missing boys in a twisted plan and she needs Dillon’s help to stop him. Michelle and her friends must find Seth and Brian, but a plague is spreading, the doctor is after her and Dillon isn’t thrilled to help her find her lost boyfriend.


Whew! Sounds like a fun ride, right? And Courtney has given us a long, teasing excerpt too! Oh goodie!

Excerpt From Enhanced:
A creaking sound came from outside, and Michelle realized that was the noise that woke her. She lay still, listening. Another creak raised goose bumps that tingled their way down her spine, and then a man’s heavy boots thudded slowly across the balcony. A shadow ghosted past the draperies. It’s a robbery. Some crazy Norm snuck over the wall, looking for valuables. Or worse, girls.
Michelle pushed off the covers and got out of bed as quietly as she could, suddenly aware of the ridiculously low cut neckline on her sheer thigh-length nightgown. Buying her first sexy nightie had seemed fun at the time. Now it was just another stupid thing to add to the list. Terror made her heart thud, but she forced her feet to carry her across her bedroom to the double doors that opened onto her private balcony.
A spark of anger caught fire in her chest and burned there. Filthy Norm. How dare you? In the dark, her hands balled into fists. Three steps to the door. Two. The night breeze toyed with the hem of her gown, but she ignored it. One. Michelle reached for the latch, her body tense, ready to run or fight. The door suddenly flew open in her face and the intruder’s huge shoulders filled the doorway, blocking the faint moonlight. In her shock, Michelle forgot to scream.
“Michelle,” a deep voice hissed.
It took a heartbeat for her to recognize him. “Brian! What are you doing here?”
“Shhh." In a stride he closed the distance between them and placed a finger softly on her lips. His arm slid around her waist and pulled her to him. She felt tiny beside him. His big hand wrapped halfway around her waist.
“Sorry I scared you. I…I just needed to talk to someone.”
“Someone.” Michelle repeated frostily. “At two in the morning.”
“You, I mean. You." Brian’s voice was hoarse with pain. “Things have been so awful lately…”
His agonized tone melted Michelle’s heart, so she reached up with both hands to touch his face. The stubble under her fingers made him feel like a stranger. Even his scent smelled musky and foreign, but it sent heat down her body to the core.
“Okay, but we have to be quiet so we don’t wake my father.” Michelle took Brian’s hand and pulled him outside onto the balcony, where two chairs and a little round table stood beside her cushioned recliner. Brian surprised her by taking her in his arms and lifting her a few inches off her toes. When he sat down on the recliner, he brought her with him, so she ended up straddling his lap in her white lace panties. Michelle flushed, completely distracted by the feeling of his body beneath her. With an effort, she put both hands on his shoulders and looked him in the eye. “So, you came here to talk?”
“Yeah, but you look amazing,” Brian rumbled, pulling her into a kiss.
A moment later, he stood up, still holding her, and turned around to set her down lightly on the cushion. When he turned his back to stare into the darkened grounds of the estate, Michelle leaned back with a sigh. Damn. He really did come here to talk.
“What’s wrong, Brian?”
He flopped face down on the recliner beside her, nuzzling her neck lightly with his lips. “Nothing. Everything.”
“You don’t have to tell me if you don’t want to,” Michelle whispered.
Brian rolled over onto his back and pulled her head onto his shoulder. One of his hands twined with hers. “I wish we could connect like we did before.”
Michelle smiled. “I think you have to be born with the gene for that to work.”
Brian squeezed her hand a little harder before he gave up and ran his fingers down her bare arm instead. Michelle gasped a little when he pulled up the white nightgown to stroke her sleek flank.
“Sorry,” Brian murmured, taking his hand away. “I forget how young you are.”
“Don’t. I mean do, forget it, please.”
He kissed her again, but then stopped and stared into space. “You know, I fought so hard just to survive here.”
“Survive?” Michelle repeated apprehensively.
“You know. Beat the tests,” Brian said bitterly. His great chest heaved under her hand as he took a deep breath. “I made it, Michelle, and nothing changed. They didn’t even mark the event. You’d think they’d be like, hey, Brian, you made it to eighteen without getting culled, you can relax now. But we’re all still here, still being tested, still trying to hang on.” He buried his face in her curls. “When does it end?”
“I don’t know, Brian. I don’t know.” Michelle held him in her arms and stroked his back until he left her in the gray light of dawn.
* * * * * 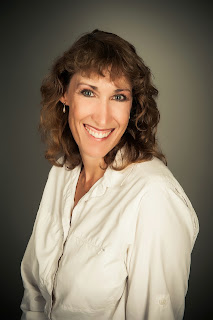 Courtney Farrell was once a molecular biologist, but her habit of daydreaming destroyed far too many experiments. As it turned out, writing down the movies behind her eyes was a lot more fun than lab work. Courtney is the author of fourteen nonfiction books for young people, mostly on social and environmental topics. She lives with her family on a Colorado ranch where they support a barn full of freeloading animals, including a fat draft horse and a bunch of crazy chickens. Enhanced is her first novel.

Her social media links (a.k.a. places to stalk her) are:

And the Buy link for ENHANCED: