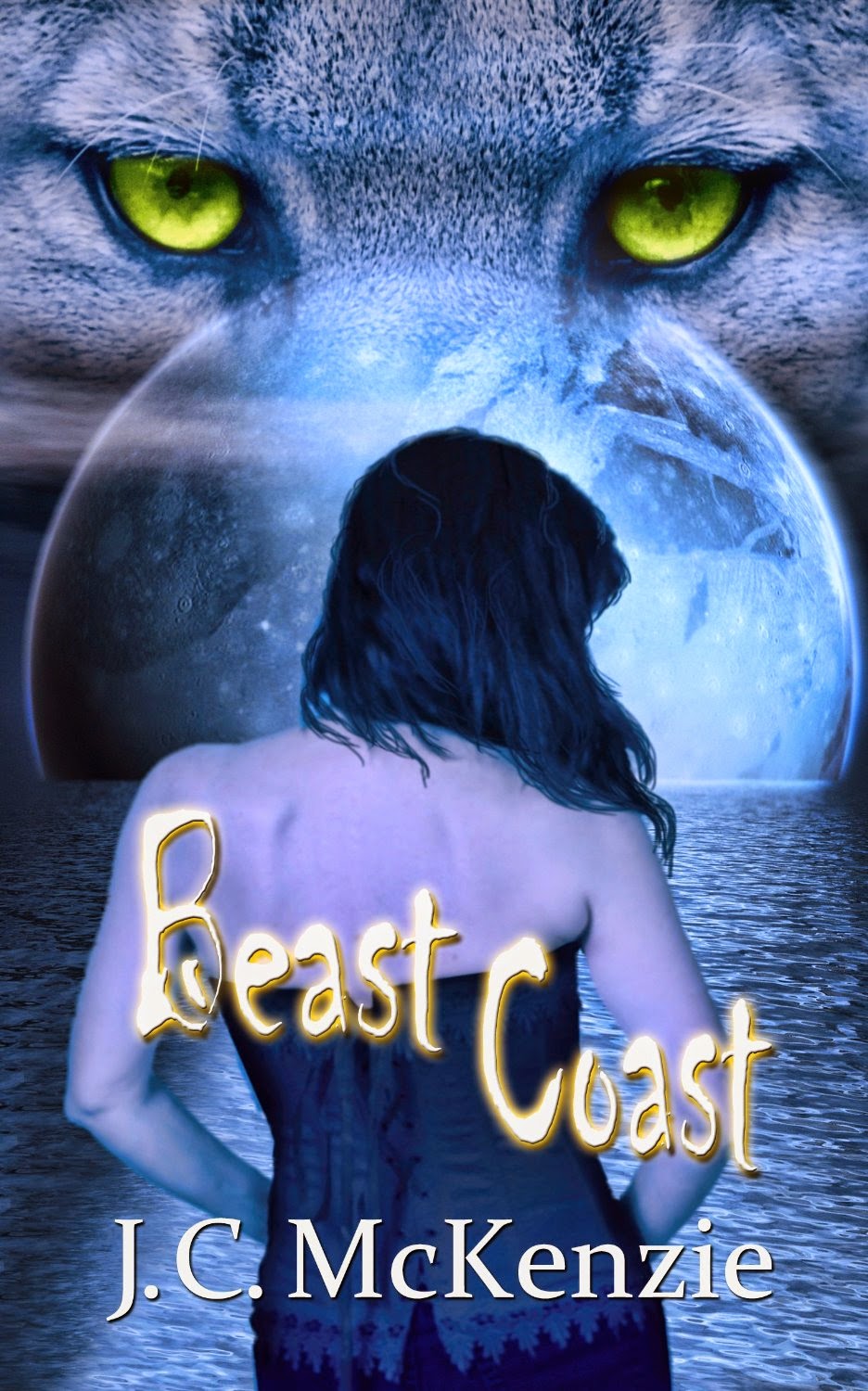 Woo Hoo and Big Congratulations to my friend and fellow author J.C. McKenzie, with the release of BEAST COAST into the world this week! I received an ARC of this book for review - and LOVED it, and am so happy for J.C. and this new series! BEAST COAST is the second book in her Shifter series - if you like shifter paranormals, check out my review.... and CONGRATS J.C. on another great read!

About the Book (from Amazon):


Sometimes the greatest danger comes from within…

When Master Vampire Lucien Delgatto threatens her potential mate Wick’s life, Shape Shifter Andrea “Andy” McNeilly will employ a den of witches, a bedazzled thong, and her ability to shift into multiple animals to meet his demands. She plans to keep Wick safe—even if she’s not speaking to him. Lucien’s unwelcomed control over Wick's life has thrown Andy into a whirlwind of emotions. Though Wick vows to do whatever it takes to earn Andy’s forgiveness and win back her trust, it may be too late.

This recent conflict awakens something within Andy, an animal she’s never learned to control. For hidden beneath all her forms is a beast whose anger and brutality rivals none. And she’s pissed.

In this second book of her Carus series, McKenzie amps up both the action and the sexual tension between her characters, giving alpha werewolf Wick a run for his money in trying to woo Andy. Sexy werepanther Tristan wants Andy to be his mate, and he has the distinct advantage of not being beholden to a sadistic vampire. Plus, Andy still needs to figure out just what kind of shifter she really is before she can worry about mating with either of the sexy alphas. Oh, and then there's her job, as an agent for the Supernatural Regulatory Division, causing stress and headaches.

I love the first person narrative, because Andy has such a snarky voice. She describes people and emotions in terms of their smells, which seems so totally perfect for a Shifter. I know some reviewers have taken issue with the love triangle, but it happens, it's a thing, deal with it. That aspect kind of reminded me of the Chris Pine movie, This Means War, although I picture Wick more as Alexander Skarsgard (Norse god, right?)

Who will she choose? Will she find the suspect she seeks, or solve the mystery of who's attacking supes? And will she finally figure out what "Carus" means? So much to figure out, so little time. SUCH a great read!

Posted by Katie O'Sullivan at 7:22 AM