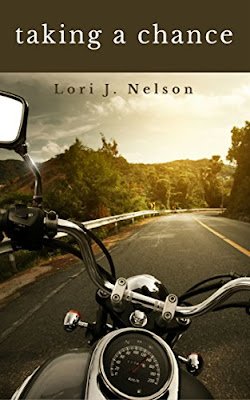 
Jake Sinclair had a relentlessly harsh life. Growing up, his mother barely acknowledged him as her battle with the bottle took priority over her youngest son, while his father’s drunken rages left him with broken bones and a battered soul. He managed to escape from that life, but as the years went on he never believed anything good could happen to him.

The only bright spot in Jake's life was his friend Mike Granger. Mike had the family and loving parents that Jake had always wanted. At sixteen, after a brutal fight with his drunken father, the Granger's made him part of their family and he never forgot it.

That was one of the many reasons he agreed to be Mike's best man when he proposed to his long-time girlfriend, Michelle. Only later, did Jake find out that the wedding was going to be in Las Vegas. The bright lights of Sin City seemed like a whole new world to Jake. He had never been out of Georgia and now he was flying to place this country boy never imagined going. That once in a lifetime trip would change his life forever.

At the airport, Gabrielle Parsons, the bride's best friend, struts into his life. The lowly country mechanic and the gorgeous marketing executive clash on their unexpected cross-country road trip they end up making in order to make it to the wedding on time. Between the bickering and insults, lies an intense attraction that they can't deny. Las Vegas bonds them in ways that they never imagined and it follows they all the back to Georgia. Their lifestyles are two extreme opposites, so they both will need to compromise in order to make it work between them, but can they? The motorcycle riding, Jake doesn’t fit into the box that Gabrielle has her life planned in, while Jake had never wanted to get seriously involved with anyone. As much as they try to fight it, their natural chemistry for each other upsets the balance in both their lives. Is their sexual attraction to each other enough to make it work between them? Figuring that out involves a lot of ups and downs for Jake and Gabrielle. Can they handle it?

My Take:
First of all, I need to admit my bias. I've known Lori since I was 5 years old, and her little brother was my best friend growing up. When I saw her mom posted on Facebook that Lori had published her debut novel, I didn't hesitate to order up a paperback copy. I know how it feels to finally realize a long held dream, and want friends and family to share in your excitement. To cheer you forward in your new adventure. So Lori, big congratulations on being a published author!

Now, to be honest again, if I didn't know Lori, I'm not sure I would've given this book a second glance. The cover art is interesting enough to make me read the blurb, but the blurb itself is a bit of a hot mess. It gives both too much background and not enough about the actual storyline to make me want to know more. Writing blurbs is really hard, as we all know, and something that only gets easier (and better) with lots and lots of practice. I'm sure as the author writes more, she'll get the hang of writing a more concise and teasing blurb.

The other thing I should mention up front for those of you who read my reviews on a regular basis... I kind of have a problem with head hopping. Multiple points of view are fine - hey, I like to give both sides of the romance too - but jumping back and forth or into someone's head for one thought drives me crazy. In this book the author breaks that rule repeatedly. If that makes you crazy, this isn't the novel for you. If you're okay with a bit of rule bending, it really is a cute, sweet read.

Okay, on to the official review...

Taking a Chance is a debut novel by a brand new author. The story line is by turns sweet, sizzling and suspenseful, and revolves around four people from Georgia. It starts on the way to Las Vegas to celebrate one couple getting married. Jake and Gabrielle (or Princess, as Jake calls her) are along as the bride and groom's best friends and have an instantly contentious relationship (as hinted in the blurb)...until they get drunk and end up married.

Jake and Gabby came from similar poor backgrounds, each trying to make their way alone in the world. Finding each other seems serendipitous to the reader, but it takes the characters longer to figure it all out. All they see in the beginning are the differences between them, but the undeniable chemistry keeps drawing them back together.

The story hops between points of view, mostly between Jake and Gabby but showing us all four points of view of the friends, as well as some of the other points of view as the story goes along, like Jake's troubled brother. The plot twists  keep the pages turning as the relationship traverses a roller coaster of highs and lows, the characters fighting their own insecurities as well as each other.

I look forward to reading more from the author in the future, as she hones her skills and grows as a writer.

Congrats on a solid debut, Lori!

About the Author: (from her Amazon Author Page)

I don’t remember when I wasn’t reading a book. Going to the library to take out the next book in the Nancy Drew series was a highlight in my younger years. I'm always reading and that's why my home has books all over it. My mother is a constant reader too, so maybe I got that from her. I just love to read a good book. It’s that simple.

Contemporary romance is my genre of choice, it always has been. Nora Roberts, Robyn Carr, and Janet Evanovich are a few of my favorite authors. To me, they are the crème of the romance writers of today.

About fourteen years ago I wrote my first story. It was short and I thought it was wonderful. It wasn't. I was reading several fan fiction stories about a band I followed and thought, "I could do that." I ended up writing about fifteen stories in total and each one got better and better. Then I started my first novel, but quit. Who was I fooling? I wasn’t good enough to write a book…a real honest to god book. I stopped writing then, but never lost that file with the book in it.

Fall of 2015, I found the urge to write again. I was still writing fan fiction, but I was inspired by a whole new topic. I wrote nonstop for over a year. The world of writing had changed so much in the time I was gone. There are now websites that you can post your work and get feedback, reviews, and comments from the readers. Everyone loved my "stories." I worked hard to make each one better…each one professional. Strangers loved what I was putting out.

Finally, a close friend told me that I needed to write a real book. She's the one that made me think hard about finally doing it. She's an avid reader like I am and if she didn’t think I was good enough, she would have never said anything. So I listened to her and wrote. That's how I became an author. I published my debut novel, "Taking a Chance" in January 2017 through Amazon.

I am currently working on my next novel that should be ready for the summer of 2017.

Grab your copy of Taking a Chance on AMAZON.