BREAKING THE RULES is available for PREORDER! 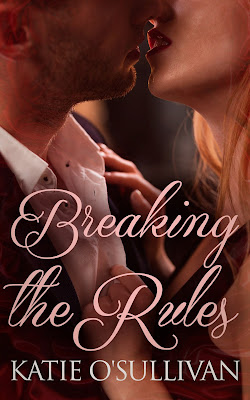 The Wait is Over!
If you missed Jake and Abbie's story in the Hunks to the Rescue anthology,
You'll be able to grab the stand-alone version on November 1st!

Or click to Pre-Order for Kindle NOW on AMAZON

Many thanks to Abigail Owen at Authors on a Dime her help with formatting - and they did a totally gorgeous job, adding little touches and flourishes. TOTALLY Recommend.

Here's a sneak peak, just to get you started. And (fair warning) I woke up today in the middle of plotting Abbie's best friend Caroline's story, the next in this trilogy. I'm hoping when all three are finished, I'll put them out as a paperback as well. But first things first.

Excerpt from BREAKING THE RULES:

She wondered what those sculpted lips would taste like, how they would feel on the sensitive skin along her neck… her cheeks blazed anew at the sudden and intimate direction of her thoughts. Nerves jangling, heart suddenly beating faster, she almost missed the rest of what Uncle Charlie was saying.

“…and at least now he’s learned his lesson about making time with the owner’s daughter.
Unfortunately, come to find out the man has unsavory connections so we all felt it would be safer for Jake to make himself scarce for a few months. Thanks for offering him a position in the kitchen, John.”

Or click to Pre-Order the Kindle version NOW on AMAZON
Posted by Katie O'Sullivan at 6:58 AM