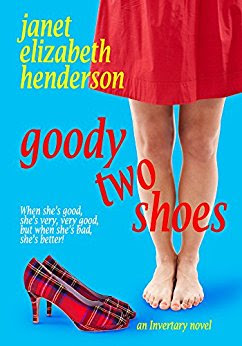 Josh McInnes’ biological clock is ticking and he wants to get married—now. After 20 years singing soppy love songs, he knows that there is no such thing as romantic love. There’s only hormones and lust. At thirty-five, he’s tired of his playboy lifestyle. He wants a wife who isn’t interested in fame, money, or romance. A sensible wife, who values commitment. He wants a partnership, a friendship, and none of the craziness that goes with falling in love. As far as he can see, there’s only one way to get exactly what he wants—he needs an arranged marriage.

Caroline Patterson terrifies men. With her no-nonsense attitude, and ice queen demeanour, she’s in control of everything—and everyone—around her. Her sensible shoes and grey skirt suits act like a force field, repelling male attention. At thirty-one, she can’t remember the last time she went on a date and is beginning to think she’ll never have a family of her own. When an American stranger approaches Caroline with a marriage proposal that resembles a business contract, she quickly accepts. She doesn’t expect romance. But she does expect to control each and every detail of their lives together. Because as life has taught her—if you aren’t in control, bad things happen.

…and you get romance Invertary style!


My Take:
This is my second book by Janet Elizabeth Henderson, and I enjoyed it just as much as the first. Quirky characters in a small Scottish town, this fun romantic comedy kept me turning pages as fast as I could. The characters who were introduced in the first book still populated the background, but the new main characters dominated the story lines, with a subplot of second chance romance that added dimension to the main story. I had no idea this was a series, or I would never have waited this long to read the second book!

This is a standalone romantic comedy, and you don't need to read the first book or any of the subsequent books to be satisfied and smiling. Everyone is introduced in the context of this story, without background explanations needed. However, of you find you enjoy the authors voice and style, I can wholeheartedly recommend book one as well, Lingerie Wars, which gives us Caroline's best friend Kristy's story.

Josh McInnes is famous for singing ballads and love songs, but doesn't believe in love.  He decides he wants - no needs- an arranged marriage in order to protect himself from gold diggers and women trying to use him to further their own careers.

Caroline Patterson lives and works in the small Scottish town of Invertary where Josh has recently purchased a castle as a vacation home and recording studio. Headstrong Caroline heads multiple committees around town and is the one who organizes and gets things done.

Stubborn Josh has decided Caroline checks all the right boxes to make a suitable wife, and an arrangement is agreed upon. A commitment where love is not involved.

This may not sound like the setup for a romantic comedy read, but the clashing of the strong-willed main characters is fabulous and  the circus of secondary (mostly geriatric)characters are sprinkles on this sundae of fun. The subplot of Josh's parents and their marital troubles shows a softer and totally different angle to finding and keeping love alive, enhancing the situation the main characters find themselves in... When they actually begin to fall in love.

Tons of fun, well written, and totally recommend for your summer reading list! Grab a copy on AMAZON