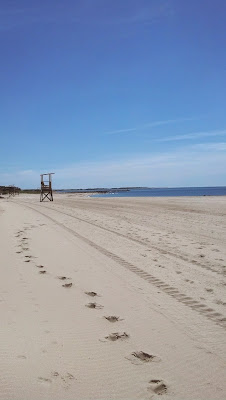 In my Son of a Mermaid series, I write about the mermaids who inhabit our oceans, and the particular mermaids who spends their summers in and around Nantucket Sound.

This summer, some other scary sea creatures have decided to summer in the waters around Cape Cod, and they're causing quite the stir. You may have seen the videos on the news or on the internet - yup, I'm talking about the dozens of Great White Sharks that decided to vacation at Nauset Beach, and more recently finding their way into Cape Cod Bay.

Locals are taking it in stride, and even trying to capitalize on the visitors - this summer, almost every shop is carrying shark-themed products along with the usual lobster-themed kitsch. We haven't gone as far as shark tours just yet (although I hear some of the seal tours get that added bonus excitement going...) but plenty of beach goers are on the lookout and HOPING to get a glimpse of one of these monsters from the deep.

I'd much rather be on the lookout for whales. Or mermaids.

Last week, a 61-year-old man was bitten off the shores of the National Seashore in Truro. Last I heard, he was still in the hospital in Boston, in serious condition.

"Encounters with white sharks in which people suffer injuries are as terrifying as they are rare,” Cynthia Wigren said in an official statement about the bite issued last Wednesday night after the attack. She's the CEO of the Atlantic White Shark Conservancy group, who study the sharks. “While we still don’t know all of the details of this particular bite, sharks are not known to target people specifically, and when they do bite people, it’s usually a case of mistaken identity.”

Mistaken identity. As in the sharks think people are seals? Or are they confusing the humans with the merfolk who hunt them? I mean, hey, why not mix a little fantasy in with our reality, especially as it helps keep things from getting too real.

Let's think about that as summer winds down to a close... and meanwhile, have a good weekend! 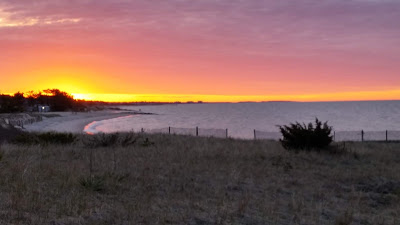