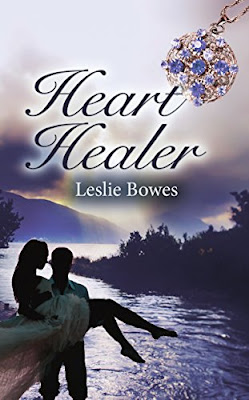 
Catherine Andrews is an English woman living in the 1800's. Her father sells her to Blake Von-Clyer to be his wife to pay off debts owed to Mr. Von-Clyer. Catherine soon finds out Blake is a cruel and horrible man.

On their wedding night, to escape his cruelty, she throws herself into the river. Death is better than marriage to a beast.

Christopher King is living in 2014 doing his best to raise his young son Ryan after his wife left him. One night, Christopher finds a woman in the river unconscious and barely breathing. She is also wearing old fashioned clothes. Christopher does everything in his power to help the young women. When Catherine regains consciousness, she finds herself in a strange and unbelievable situation. Terrified, she does her best to keep her guard up against Christopher. But as she gets to know him, she can't help but fall for the man who saved her life. When Catherine's dangerous past comes back to haunt her, it has Catherine and Christopher fighting for each other and their love.

Think old-fashioned Gothic novel, with the wicked rich husband and hopeless young maiden sold into a loveless marriage, and the  simple, caring man who rescues the maiden and shows her that love can be real (with the doors firmly shut.)

The twist is the time travel back and forth between the 1800s and the 21st century in order to find that happily ever after. Long way to go, right? Except I really do love time travel novels, so if you need to jump a few centuries for true love, I'm all for it.

It's an intriguing premise, and maybe a little too much for this debut author to handle without a few stumbles along the way. I couldn't help but wonder at times what her editor was thinking about, to not correct some of the errors in execution.

The characters are solid outlines and the evil husband is over the top wicked in a truly Gothic homage. However, there is a lot of telling where showing might have made for a more satisfying read. Basically, I really enjoyed the storyline, but wish the author had taken more time -- and a whole lot more words and pages -- to flesh out the characters, the scenes, and the dialogue that gets them from A to B, and eventually to the alter. It's an ambitious and sweeping tale, and as the author gains confidence in her writing ability, I'm really hoping she revisits this story to flesh it out into the full-fledged Gothic romance it deserves to be.