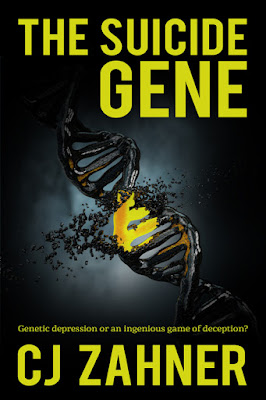 She thought they were her siblings. By the time she realized they weren’t, one of them was dead.

Doctor Emma Kerr had no right counseling them. Adopted and her birth records lost, she believed she was born a McKinney. Her face, intelligence, and depression resembled theirs. For years people mistook her for their sister. So she devised a plan. What begins as a scheme to counsel the McKinney family and determine if they are blood relatives, quickly causes Emma to wonder if she had truly done the manipulating. Is someone following her?

Now Emma clamors to escape the McKinney world of domination and deception.

Is she Mathew McKinney’s sister? She can’t be. Is he in love with her? He can’t be. Then how do he and his sisters know more about her than she knows herself? This is a game to them. Is the game Suicide? Or Murder? 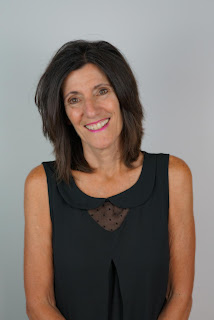 Hi Cyndie! Give a brief bio and tell us what kind of books you like to read and write.

I am a hopeless word-lover and dreamer. Odd, miniscule, life happenings mesmerize me. My imagination will get tangle up in an incident and then run away with it. Nearly every story and character I create emerges from a true-life experience. But in the end, neither the tale nor the characters have the slightest resemblance to what inspired them (except Giff).

Reading a good thriller captivates me. Suspense-ridden books are my favorite, but I also read anything well written that isn’t too wordy. A good story or a lovable heroine can keep me turning pages long into the night. Add a paranormal twist, and I won’t sleep at all.

I, myself, am learning to write thrillers and loving it. I say “learning” because I certainly haven’t mastered this art. Thrillers are calculated, precise, and contain lots of hidden clues. I’ve written two and am currently working on a third. I hope to become better with each new novel.
Finally, one of my four books is a historical romance that I wrote many years ago. I’m having fun revising this one, Within the Setting Sun. My ideas of love and romance have changed much over the past twenty years!

Writing. Everything else that goes along with becoming a novelist—marketing, media relations, finances, file management, etc—is not nearly as much fun. But I cherish every moment that I am able to lose myself in my writing.

Sometimes I wake up in the middle of the night and tell myself it’s too early to get up and write. And other times, I simply can’t wait. I’ll get up a 3:30 or 4 a.m. to finish a chapter. Once I’m up and if responsibilities permit, I can spend twelve, thirteen, fourteen hours at my computer writing with nothing more than one break for an hour run, which always revives me.

For my first two thrillers, I flew by the seat of my pants. I created my first chapters and ran with them. My plots weren’t written down. They were created during long runs at Presque Isle State Park or on sleepless nights when I drank too much coffee during the day. But not having direction makes lengthy revisions inevitable.

For my third thriller, I’m jotting down some notes in the hope I can shave off some revising time.

LOL, I hear you on that one! I'm usually a pantser too, but the few times I've plotted it out, the books fly by. Okay....If you could have one superpower, what would it be and why?

To fall asleep in a moment’s notice for five straight hours. Then wake refreshed and ready to write.

I've got the first part down - if only the second part was so easy!! Now, Tell us about your new release!

The Suicide Gene is an amalgamation of fiction and reality. There are impossible anomalies mentioned, yet the suicide factor is real and daunting and a great challenge in today’s society.

I have wondered my entire life if there is a suicide gene. With this book, I wanted to create a story that both entertained readers but made them think, so I threaded real emotion into a fictitious story line.

When I began writing this book, suicide was not as common of an issue, but today the media seems enamored by it. Now, Thirteen Reasons Why on Netflix and A Million Little Things on ABC both depict the heart-wrenching aftermath of suicide. My novel takes this hard topic one step further and asks: is this genetic?

Wow. An interesting concept. As the mom of two kids who have thought about suicide, it's a truly SCARY concept. But, moving on. You’re casting the movie version of your novel – who would you choose for the main characters? We’re talking dream cast.

Definitely Emma Stone as the lead character, Doctor Emma Kerr, and Emily Blunt as the bizarre twins, Mary and Minnie McKinny. These two women would be perfect. And although it is much too small of a part for her, Anna Kendrick is so like Ally that sometimes I call Ally Anna.

I’d choose one of the Hemsworth boys to play the cunning Mathew McKinney—probably Chris because, although Liam is my favorite, Chris’s slanted eyes give him an eerier edge.

As for my favorite character? Attorney Gifford John Johnson? None other than John Krasinski. Giff’s personality was patterned after my son, Zak, and everyone says Zak looks like Krasinski. What do you think? 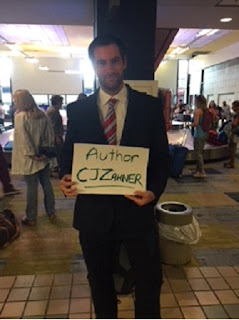 Wonderful cast - I'd totally watch that as an HBO series (I'm assuming cable because, come on, youn can do so much more on cable, even than in theatres these days.) I love all your choices, and am totally hooked on Krasinski's latest JACK RYAN series - maybe you should contact Amazon Prime!

Thanks SO MUCH for being my guest today, Cyndie. I'm so excited for you and your new release! 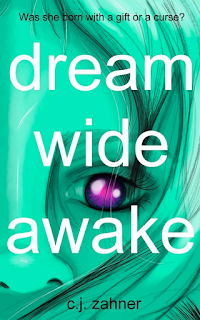 Cyndie "CJ" Zahner is a digital-book hoarder, lover of can't-put-down books, runner, author, and Mensa wannabe. That last trait explains the inspiration for her first novel, The Suicide Gene. Her second book, Dream Wide Awake, was inspired during long runs on Presque Isle State Park in her hometown of Erie, Pennsylvania. She is a proud mother of three and an even prouder grandmother of one.

Before becoming a novelist, CJ worked as a grant and freelance writer. Her articles varied from business to women’s health to the paranormal. Her most popular articles can be found on her website at www.cyndiezahner.com.

In 2015, she began looking at life differently when her brother and his wife were diagnosed with dementia and early-onset Alzheimer’s. At that time, her husband pulled her aside and said, “Quit your job. You’re a writer.” After twenty years of service, CJ picked up her purse at work one day and quietly walked away.

Now, she rises before dawn, writes, runs, and smiles much. She completed The Suicide Gene and Dream Wide Awake, and is nearing completion of two other novels, Within the Setting Sun and The Dream Snatchers.

A hard worker and story lover, CJ Zahner is determined to read, write, and run happily ever after.