Writing Wednesday: L.A. McGinnis and the Fine Art of Research

Today for the weekly Writing Wednesday rant, I've invited L.A. McGinnis to chat about a topic I know I have a love/hate relationship with: RESEARCH.

As in, yes, you're supposed to "write what you know" but no one knows everything, right? (Except the Google. The Google knows.) But one little question can turn into a rabbit hole of clicks and articles and fascinating information... and suddenly all your designated writing time is GONE. Laura had a different approach to writing and researching her series...

L.A. McGinnis has a new series of books based on Norse legend and mythology (see my review of the second book HERE) (and yes, totally recommend, totally LOVED it!) She's here today to talk about the ins and outs of actually doing the research to write the urban fantasy...


Welcome to my blog, Laura! 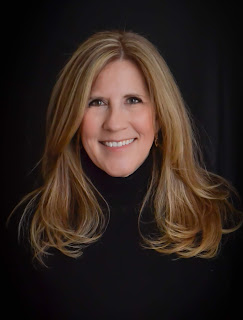 We all know that writing involves research. Fantasy and urban fantasy is no exception. In fact, it can be even harder, because while the worlds you are building are imaginary, they need to be completely believable to your readers.

When you are incorporating myth and legend into your stories, you want to it to appear seamless, as if the information belongs there, not as if you shoehorned a history lesson into a novel.  When I started writing my Banished Gods series, the concept started as fallen angels trapped on Earth, then I changed it to something (I thought) I knew a lot about - the Norse gods.

I’d taken some classes in college, even considered myself a bit of a mythology buff, so I figured it would be a breeze; work a few sexy gods in here and there, and poof, I’d put a twist on urban fantasy.

There was one slight problem.

Norse mythology is a complicated thing.  And I’d only touched the surface.

It began as an oral Viking history of sorts, the accomplishments of a brutal, seafaring people relayed through skaldic poetry.  Woven through these poems was paganism and conquest, the idea of a nature based world, and gods and goddesses representing either actual living beings or ideological concepts.

To complicate matters even further, since their history was an oral one, nothing remains of the original Viking source matter, so the closest thing we have to work from are modern sources- the most commonly cited one being the Prose Edda, compiled by Snorri Sturluson in the 13th century, which was at least two hundred years after the end of the Viking Age.  Because Sturluson wrote in the thirteenth century, the original skalds are overlaid with Christian beliefs, resulting in a somewhat watered down version of the original myths.

All this aside, Norse mythology follows the basic family pantheon of creation, with Odin falling closest to the center, probably because his name features most prominently in the oldest of the skalds.  Each god or goddess is associated with one or several characteristics (wisdom, death, knowledge, battle, etc.) as well as a day of the week (Thor = Thursday) and some have titles:

Odin, The All Father, Tyr, God of War, or Loki, The God of Mischief.

The gods are divided into two basic groups: The Aesir (to which Odin, Thor, and Tyr belong) and the Vanir (Freyr and Freya, and may include Heimdallr and Ullr). The family tree also includes giants (the Jotnar, of which Loki is one), the world serpent, an eight legged horse and Fenrir, the wolf.

The physical mythological world consists of Nine Realms centered around a cosmological tree called Yggdrasil, some worlds representing a version of heaven and hell, while others are homes to a specific races of people: Midgard (Earth) is the home of humanity.  Throughout the written texts, some of which follow the original skaldic poetry, the gods and goddesses engage in hero-based battles of wits, brawn and endurance to prove their worth in any given situation. Interestingly, the stories culminate in an immense battle called Ragnarok (Armaggedon) induced by the crowing of three roosters, and rebirth, which ends with the story of two humans repopulating the Earth.

Some of the sources I’ve drawn from are The Poetic Edda, The Codex Regius, as well as more modern texts.  Another source has been the runestones of Sweden, which are carved with pictures and runes dating back to c. 800 A.D.  These stones contain fragments of pre-Christian mythology combined with local historical events. Some depict Ragnarok (Thorwald’s Cross, the Ledberg stone), while others have detailed runic inscriptions (Rok runestone).

Because of the sheer magnitude and sprawling nature of the above information, I chose to leave any research until the editing stage.

That’s right, I wrote the rough drafts of all seven books, then went back and filled in the details afterwards. I had a bit of an edge- I had a few courses in mythology and Old English, had read some of the Eddas, but most importantly, I felt I needed to tell each character’s story first. I wanted them grounded in the present day, not some historical figure plunked into a twenty first century McDonald’s. Plus, if I stopped to do research every other page, the books would never have gotten finished.

Truthfully, this approach didn’t always work. There were some sticky points where I simply had to know things...

Which world did the Vanir inhabit?

But for the most part, writing all the way through allowed me not to get sucked down the rabbit hole that is the internet.

And then, once I began the editing process, which, by its very nature is slow, I could focus on Norse mythology specifically (as opposed to Chicago’s street layout, or average temps in the Midwest in April).   There are several tricks to dumping detailed information in later- you can type the word “elephant” or “TK” into the spot where a specific word or phrase needs to go, then do a “find” search during editing and research each point as you come to it.

I hope this helps you in some way with your own writing journey- the most important thing is don’t get stuck down the black hole of research- write the book!

I discovered Norse mythology when I was about eight, after I checked out a book from the library and have been fascinated with the subject ever since.  Some good sources include: 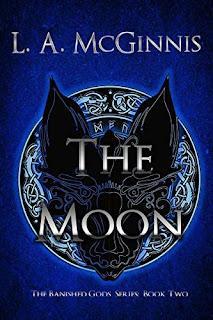 Book 2 of Laura's series is out now - and a wonderful urban fantasy read! Here's the blurb:

Every night, in Celine’s dreams, she is held captive.

For four years, life has been good for Celine Barrows. Safe in her new life, she’s left her dark past far behind her. But when the God of Chaos comes calling, Celine must answer. Her one chance at salvation is a stranger who makes no promises, and leads her on a journey into the very darkness she thought she had escaped.

Grab a copy on AMAZON - and come back Friday for an excerpt from the story!

Now tell us how do you tackle research? Before you write? During the editing phase like Laura? Or somewhere in between? Leave a comment and join the conversation.

And Happy Writing to ALL!