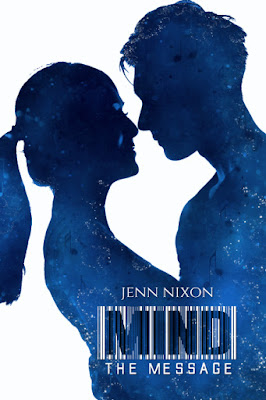 
After years of trying to fit in, Casey Wu made her own path, her own way, working as a private security consultant in New York City. When Casey’s apartment is broken into and she and her mother become targets of powered individuals with ties to her long-missing father, reality is turned upside down as she’s pulled into an exciting and treacherous world she’s more connected to than she realizes.

Former General Theo Struck left the military behind to shore up the strength of the MIND team, worried about the significant emergence of psychic and visitor abilities on Earth. While trying to recover from the trauma he suffered during The Reckoning, and attempting to keep the entire team safe, he learns a mysterious private investigator is tailing him. The moment Theo confronts the powerful descendant sparks fly, but her story, almost too unbelievable to consider, isn’t something he can ignore.

Determined to help Casey learn the truth about her extraordinary powers, Theo agrees to help, and when they uncover connections between her father and a government chip his former unit used on human psychics, their blossoming friendship is tested as the dangerous investigation puts the entire MIND team at risk.

Jenn Nixon creates a rich and complex future world with enough foundation in the present to be totally believable and thoroughly engaging. From the very first book in the series, I never doubted that there could indeed be alien visitors living and working among us, some with evil intent and some with the desire to safeguard the planet and the human race.

In this installment of the series, the Cartulian Theo finally meets his soulmate, Casey, a human/Cartulian hybrid, who coincidently helps the MIND team come one step closer to solving the next puzzle on their horizon. While there are still plenty of chapters in the POV's of Dina and Liam, the pair from the very first MIND novel, I most loved the story and heat between Casey and Theo, from both POVs.

Casey's father disappeared years ago, and her mother won't talk about it at all. When her apartment is broken into and her mother put into a coma, Casey must seek help to unravel the mystery that is her past. Along the way, she discovers her mixed race birth and what that means, including the telekinetic powers hiding within her.

Fans of modern sci fi should love this matter-of-fact futuristic story, and Nixon's view of how our world might be in the future, if we know about the aliens among us. While this is a much better story if you know the characters, it also works well as a stand alone novel... Except that it will totally make you want to go back and read the earlier books. And totally leave you wanting to hound Ms. Nixon for the next book in the series!

Grab your copy on Amazon. 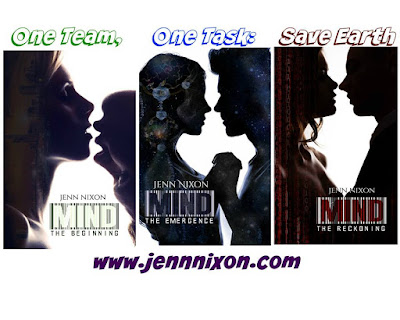