I write romance and adventure for both Young Adults and the young at heart. And yes, my adult books tend to contain sensuality and - you guessed it - sex.

So when I was asked to participate in a Valentine library program back in February, I signed right up. The title of the program was "Bewitched, Bothered and Bewildered: Authors Talking Romance."

And then there was a blizzard.

So this past Monday night, the rescheduled program took place, without all the Valentine hype and advertising they'd had for the original program so the turnout wasn't the greatest, but most of the seats were still filled. 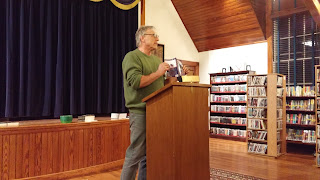 Eight authors, including myself, read from our published work on the general topic of "sex" and the stories ran the gamut of time periods and situations. We heard tentative first kisses between near strangers on a high school field trip in the 1970s, and a princess in ancient Egypt slicing off her brother's phallus to keep him from raping her. 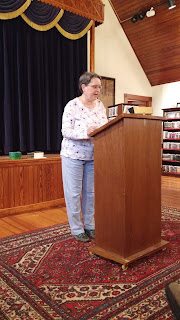 The Egyptian scene actually kicked off the readings, and it was bloody and filled with explicit words and actions. If anyone in that audience didn't know what they were in for, they got the idea pretty quickly.

We heard scenes from contemporary political thrillers and 16th century courtships.  Two authors read from books that featured the pirate Sam Bellamy and his crew. This is Cape Cod, after all. Gotta have pirates. 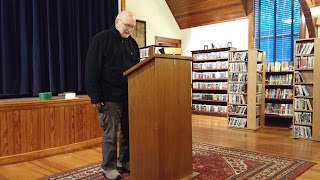 One older gentleman had the audience in stitches with a tale of hot tub antics - not what you'd expect, but rather a humorous mishap with misplaced bubble bath. The actual sex scenes were alluded to behind closed doors, but he actually said "nipples" out loud without stumbling over the words. 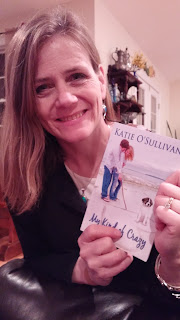 I read a scene from MY KIND OF CRAZY, with kissing and touching and overwhelming feelings... everything leading up to but just shy of actual sex. I thought long and hard about what I would be comfortable reading out loud, and wasn't sure how far I wanted to go. Pun intended.

I read last, wrapping up the evening. By then, the audience and other authors had all relaxed and gotten over the shock of hearing the word "penis" read out loud in the library. But here's a secret - I'm a painfully shy public speaker.

So why did I sign up to read a sex scene out loud in front of a crowd? Actually, I figured if I could do this, it would go a long ways to helping me overcome my fears of public speaking. Which, you know, is a thing you need to do when you're an author and you want to connect with your readers. You need to actually go and talk with them.

What did I learn from the experience?

I can do this. The audience was receptive and engaged, and several stayed to chat with me afterward. It wasn't as awkward as I'd thought it might be - I mean, think about reading romance out loud to a group of strangers. The potential for discomfort is pretty high up there. But I'm really glad I participated. And now I know I can do it.

How have you challenged yourself lately? Authors, have you ever read one of your sex scenes out loud to a crowd?

Posted by Katie O'Sullivan at 9:04 AM