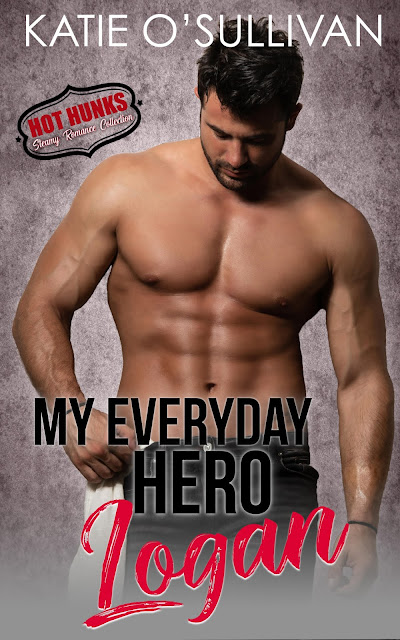 SO excited to have Logan MacDonald's story out in the wild! Logan is part of a series where each author writes a standalone story on the same theme. Our various characters don't intersect, but the idea is to see 7 different takes on the same writing prompt. All of the Hot Hunks that I write are part of the Chatham MacDonald family. Small town, Cape Cod, contemporary romance following the eight MacDonald cousins as they find love.

Logan is the youngest of them all, 25 and graduated from college with a degree in mechanical engineering. He works in the family construction business and shares a house with his brother. jack is a State Trooper, and was the hero in GHOST IN THE MACHINE, released earlier this month.

Here's the blurb for Logan's story:

An athletic director, a doctor, a construction worker, a CI Army agent, a rancher, an engineer, and a military pilot are all leading a somewhat normal life. So what do these seven men have in common? They are your average man going about their day until something out of the ordinary happens in front of them. To the victims, the strangers, and their loved ones, they went from an everyday man to an everyday hero!

Follow along with the next edition of our Hot Hunks Steamy Romance Collection...My Everyday Hero!

Grab a Copy on AMAZON for 99 cents

Posted by Katie O'Sullivan at 6:50 AM