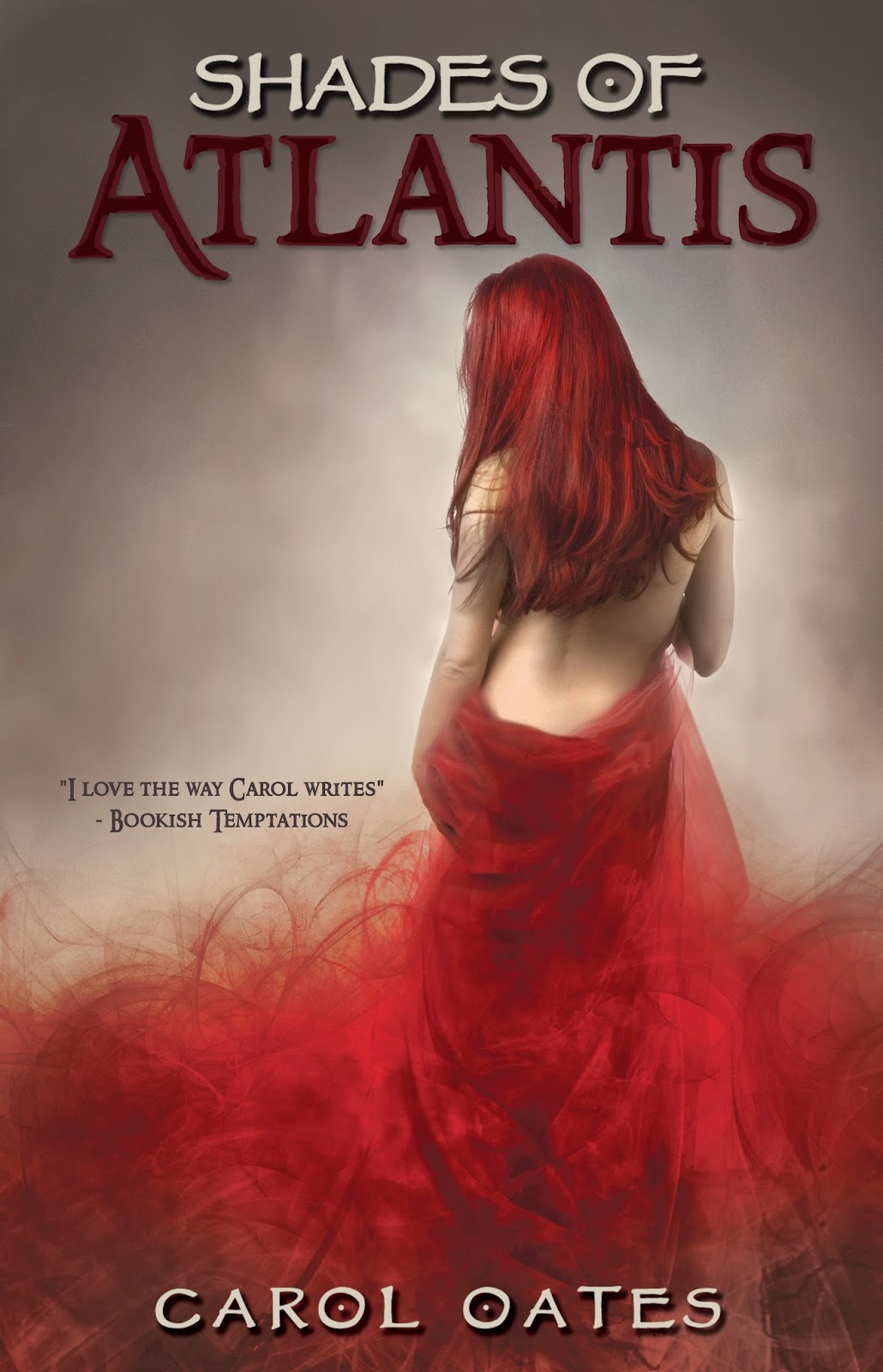 Carol Oates has a new book coming out NEXT WEEK - Shades of Avalon will be released on April 15th! It's the second in this series, and this blog will be participating in her release party, and reviewing the new book as well! I recently finished the first book in the series and LOVED it, and thought I'd share the review today to get you excited about her new release! Her publisher is running a special 2-for-1 deal on the 15th as well - details are below. Now on to the review...


Since the death of their parents, Triona Pryor and her brother, Ben, have lived with their aunt and uncle in Camden, Maine. Now in her senior year of high school, Triona loves her family and friends, but she has always felt that she didn't quite fit in...in Camden, or anywhere else.

MY TAKE:
To be perfectly honest, I was hoping for a mermaid in a young adult book with "Atlantis" in the title. There were supernatural beings, but no mermaids, but I wasn't disappointed at all. What SHADES OF ATLANTIS actually delivered was so much more than I expected, weaving Celtic legends into modern fantasies that had me glued to the book until the very end.

I've always had a fascination with Arthurian legends as well as English and Celtic mythology. Carol Oates takes all of these classic elements, blends them together and adds a modern YA voice. She's created a unique and fabulous storyline, and a timeless romance that crosses from modern to mythic and satisfies both cravings.

The narrator is Triona Pryor, a high school senior from the small town of Camden, Maine. After her parents die in a car accident, she and her younger brother Ben went to live with her aunt and uncle when they were both still pretty young. She seems like a quiet normal girl, something of a distracted bookworm type, with no real interest in dating or boys. She has a close-knit group of friends and a job waitressing at a local restaurant. She is beautiful but doesn't realize it. People are drawn to her, and to help her, including her friends and her brother who bail her out of a few awkward situations.

When the restaurant is purchased by three brothers from New York City, Triona ignores the rumors flying about the handsome third brother. He finally arrives in Camden and the attraction is instant and magnetic between them. Triona can't think or even breathe when she's close to Caleb Wallace - he instantly consumes her every thought, despite his cryptic and confusing behavior toward her.

With no prior dating experience, Triona misinterprets so many of their interactions that you just want to yell at her to pay closer attention, which is what her friends are for (thank goodness!) Luckily, as the story unfolds, Triona learns and grows into the woman she should be, changing from an oblivious schoolgirl to a heroine you can root for, with a love story that will have you holding your breath at each twist of the tale.

The author is a master of the slow build, unfolding each story element slowly and thoughtfully. She weaves the mythology throughout, infusing the standard Celtic myths with new life and new perspective. I loved how she let the main character grow and develop. Despite the instant attraction and "insta-love" they immediately feel, they still need to learn to trust each other and understand one another before they can fully realize their love, say the "L" word, or jump into bed. Ms. Oates lets Triona discover her inner strength and who she is on the inside before she can fully bond with her soul mate, a positive message I can fully endorse.

If you enjoy mythology based YA, I totally recommend trying SHADES OF ATLANTIS, (but don't expect any mermaids.) I'm eagerly anticipating the sequel, SHADES OF AVALON, coming later this year.


Get your copy of SHADES OF ATLANTIS on Amazon.
(be aware that the Amazon page might still have the old book cover.)

Carol's publisher is also running a Tax Day Special, in honor of her upcoming release, so you might want to wait until next week to get a 2-for-1 deal:

About the Author (from Goodreads):
Carol Oates came into the world on Christmas morning, in an elevator. Raised just across the street from the childhood home of Bram Stoker, author of Dracula, it was only a matter of time before Carol’s love of all things supernatural would emerge.

When not writing, Carol can be found exploring history with her son. Luckily, he shares her love of old buildings, castles, and tombs.
Posted by Katie O'Sullivan at 5:00 AM