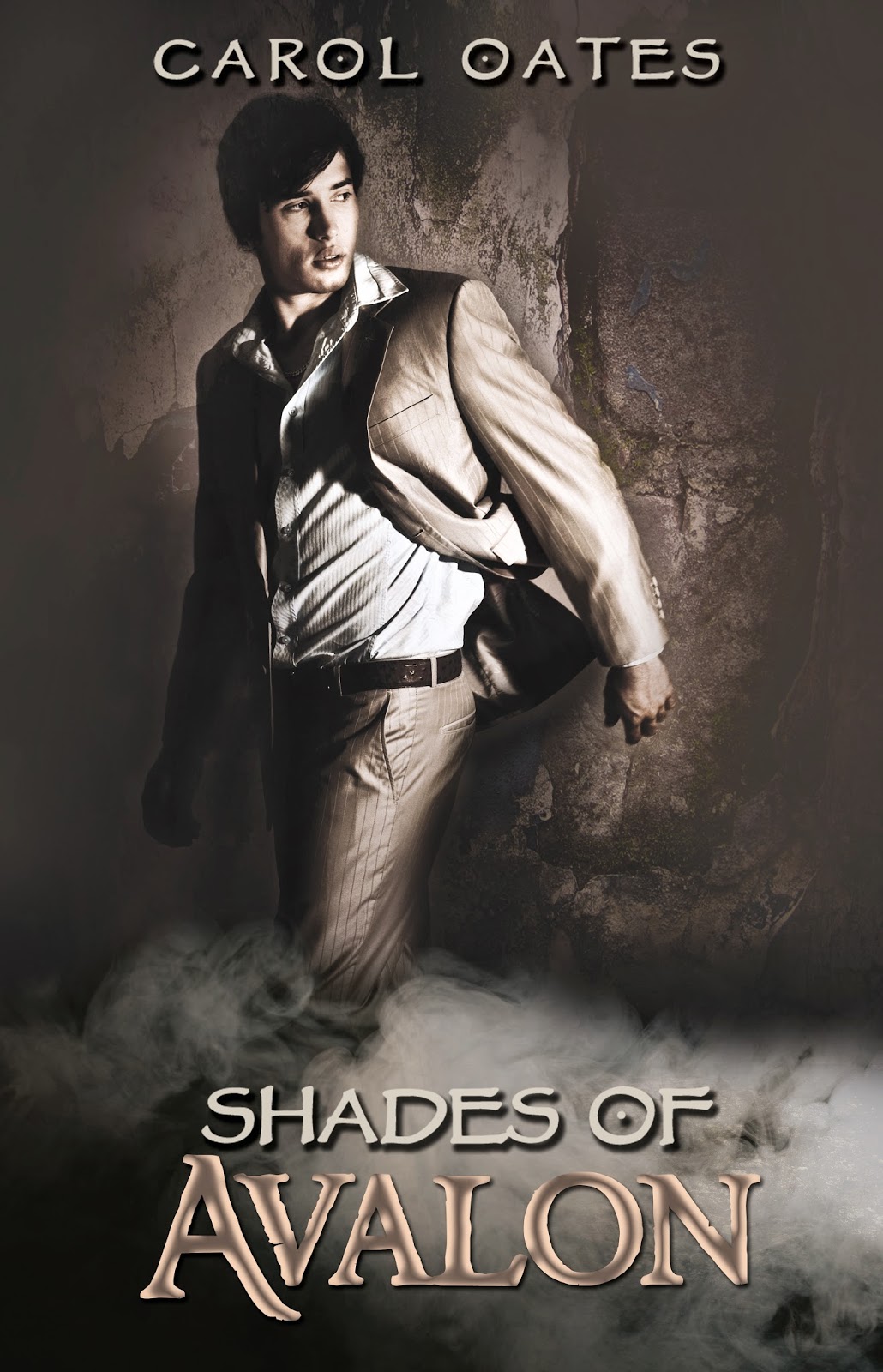 Carol Oates is officially one of my new favorite authors - and her newest book releases TODAY! I'm so excited for this second book of her Guardians series, and felt privileged to read an ARC earlier this month. All I can say is... Loved it!

Have you read the first book, Shades of Atlantis? This second book is Ben's story, and continues where the first book left off but from Ben's perspective.


Ben Pryor grew up as an average kid in Camden, Maine, unaware of the supernatural storm brewing in his Celtic blood. However, at nineteen, as the last born in the royal line of the beings that once ruled Atlantis, Ben has eagerly embraced his new-found abilities and birthright.

In the sequel to Shades of Atlantis, Ben will delve deeper than he ever imagined into the magical old ways of the Guardians, the secrets of Excalibur, and the truth behind the legend of King Arthur.

And here's an exclusive excerpt:


“Don’t even think it, caveman,” she warned with a breathy laugh. “You stay right there.”

She laid her mask on the seat cushion, and raised the front of her dress over her ankle. She then perched one foot on the edge of the same seat. Perspiration began to gather at my hairline as she pinched a slip of the gold fabric and lace overlay, drawing it farther up over the creamy golden skin of her tensed calf.

I held my breath when the fabric reached her knee, and she released one hand, batting her eyelashes demurely. I had no idea when Amanda had learned to flirt and tease so expertly, but I wasn’t about to complain…well, maybe just a little. She’d drive me crazy with this newfound ability.

Amanda’s free hand slid over her knee and continued upward, bunching the fabric to reveal a sheathed dagger strapped to the outer side of her thigh. The tip just reached her knee. My eyes widen in astonishment at the decorative hilt, twisting thorny vines intricately engraved in the silver colored metal. The design carried down the dark leather sheath.

Ready to get your own copy and read the whole thing? You won't be disappointed! You can find SHADES OF AVALON on Amazon starting today, and tomorrow there will be a SALE. (See Friday's post and book review for more information!)

About the Author:
Carol Oates came into the world on Christmas morning, in an elevator. Raised just across the street from the childhood home of Bram Stoker, author of Dracula, it was only a matter of time before Carol’s love of all things supernatural would emerge.

She began experimenting with fiction at school and keeps the notebook containing her first unpublished novel in her desk drawer. Over three decades later, all her stories still begin life scrawled on paper.
When not writing, Carol can be found exploring history with her son. Luckily, he shares her love of old buildings, castles, and tombs.
@CarolOates on Twitter
Carol Oates, Author on Facebook
www.caroloates.com

AND... if that wasn't enough... here's the Rafflecopter Giveaway!! Enter and Good Luck!
a Rafflecopter giveaway
Posted by Katie O'Sullivan at 6:08 AM