#New Release: END OF LONELY STREET, by Alicia Dean ~ and a #Giveaway! 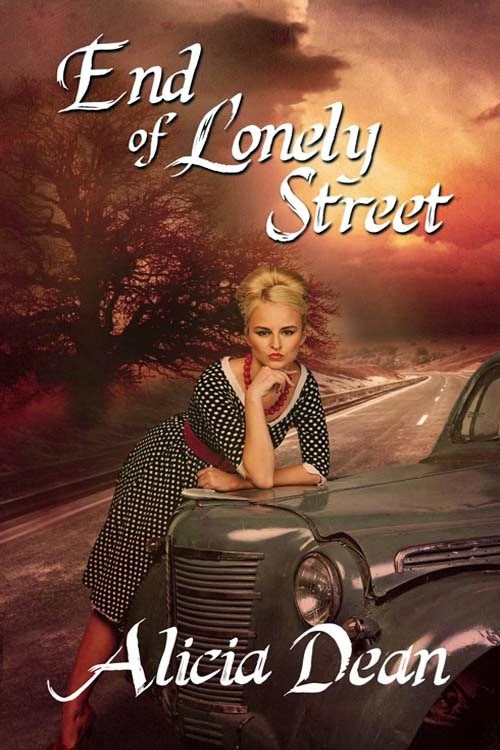 Please welcome my fellow author Alicia Dean, and her new release END OF LONELY STREET. My sister in law is a HUGE Elvis fan, and when Alicia put out the call for help with getting the word out about her new novel, I knew I had to help out! (and get a copy for someone's upcoming birthday...!)

* * * *
I’m excited to share my latest release from The Wild Rose Press on what would have been Elvis’ eightieth birthday. ‘End of Lonely Street’ is a Vintage Romance Short Story set in 1957, in the era when Elvis first burst on the scene. Like my heroine in the story, I am a diehard Elvis fan. (As you probably figured out, I took the title from a line in Heartbreak Hotel, which was Elvis’ first million selling record).
Check out End of Lonely Street and enter to win GREAT prizes…the Rafflecopter is at the end of this post!
GIVEAWAY: Entries accepted from January 8, 2015 through noon on January 22, 2015

Can she let go of the past, before it destroys her future?

All Toby Lawson wanted was to go to college to pursue her dream of becoming a teacher and to be free of her alcoholic mother and the painful memories of finding her and the guy Toby loved kissing. But when her mother nearly burns the house down, Toby must put her dreams on hold and return home to care for her. The only time she isn’t lonely and miserable is when she’s listening to her heartthrob, Elvis Presley. His music takes her away, helps her escape from everything wrong in her life.

Noah Rivers has always loved Toby, but no matter what he says, and even though she knows her mother initiated the kiss, and that he didn’t kiss her back, she can‘t seem to get past what happened. He soon realizes that the true problem lies in Toby’s belief that she’s not good enough for him and in her fear that she will be just like her mother.

What will it take to prove to her that she deserves to be happy, and that he would give anything to be the man to make her dreams come true?


Excerpt from END OF LONELY STREET:

Toby Lawson closed her eyes and shut out all sounds of the diner, except for Elvis Presley’s voice. He was crooning about how she was the only one for him…no matter where he went or what he did… he’d spend his whole life loving her…
Rough hands landed on her waist and shattered the fantasy. She caught a whiff of hair tonic and too much cologne, and she snapped her eyes open. Wes Markham’s hateful face replaced the image of Elvis’ beautiful, crooked smile and smoldering blue eyes.
“Let me go.” She gritted her teeth, keeping her voice low. If her boss, Mr. Winstead, knew there was trouble on account of her, he’d explode. He’d barely let her have the job in the first place. Everyone in Mapleton knew the Lawson women were trouble.
“Come on, honey. If you like that hip swivel, Presley ain’t the only one who’s got it. I got it too.” He released her with his left hand so he could run it over his slicked down hair and gave her a big-toothed, wolfish smile. “Only we’d be naked.” He shot a cocky grin over to his two companions—Chuck Stenson and Billy Garfield—who were leaning against the jukebox making kissing and whooping sounds.
Toby gripped his right wrist with one hand, tightening her hold on the utensils she held in the other. “I said let me go. Now!”
“Aw, be a sport, Green-Eyes.”
The bulge of his pelvis pressed into her abdomen, and she gasped in shock. Nausea tightened in her esophagus. “Wes Markham, I’m warning you…”
She shoved against him, but he didn’t budge.
He pulled her tighter. “Your momma’s a whole lot friendlier than you are. They say the apple don’t fall far from the tree, so how’s about you cut the pretense and we go someplace quiet? Winstead won’t miss you for a few minutes.”


Her cheeks heated. She didn’t dare look around. No doubt the customers were watching, listening. Elvis had stopped singing and everyone in the place could hear what he’d said about her mother. It wasn’t like they didn’t all know, though. Constance Lawson hadn’t exactly kept her escapades a secret.
Toby clenched her teeth and brandished the utensils. She spoke loud enough for everyone to hear. “Release me this instant, or I swear, you’ll be pulling this steak knife out of your eyeball.”
He held her gaze for a split second, then gave a laugh that was somewhere between nervous and furious. “Sure, sure. Okay.” He released her and stepped back. “I was just foolin’ around anyway. I got better things to do with my time than waste it on a used up chick like you.”
Muffled laughter rose around her. Oh God, she could crawl into a hole.
“How about you apologize to the lady, then beat it?”
Toby whirled at the male voice. Noah Rivers stood behind her, looking handsome and sharp in his police uniform—even with his dark hair in the military buzz cut. Her knees weakened, and tingles swept over her skin. She swallowed against the sudden dryness in her throat. She’d heard he was back, but hadn’t seen him until now. And what a time to have a reunion.

*** 10% of all of Alicia Dean’s net royalties for End of Lonely Street will go to
The Elvis Presley Charitable Foundation http://www.graceland.com/epcf/  ***
About the Author: 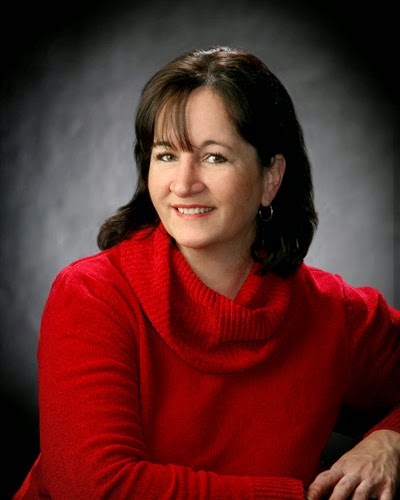 Alicia Dean lives in Edmond, Oklahoma. She has three grown children and a huge network of supportive friends and family. She writes mostly contemporary suspense and paranormal, but has also written in other genres, including a few vintage historicals.

Other than reading and writing, her passions are Elvis Presley, MLB, NFL (she usually works in a mention of one or all three into her stories) and watching her favorite televisions shows like Vampire Diaries, Justified, Sons of Anarchy, Haven, The Mindy Project, and Dexter (even though it has sadly ended, she will forever be a fan). Some of her favorite authors are Michael Connelly, Dennis Lehane, Lee Child, Lisa Gardner, Sharon Sala, Jordan Dane, Ridley Pearson, Joseph Finder, and Jonathan Kellerman…to name a few.