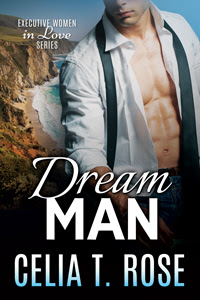 
Felicity Burgess is no stranger to tough breaks in business and in love. And she deals with them very well on her own. She has no choice. After the sudden death of her parents, Felicity must support herself and her sister. She fights her way up the ranks at a local television network and directs her own-inspired teen reality show. Despite rave reviews, the network won’t give her the title or the pay of director. Or a shot at running with her new show.

Her sister is a trouble-bound teen and lands in a hospital due to a weather related car accident. While in the emergency waiting room, Felicity’s idol, Hollywood’s notoriously confirmed bachelor, film star, and entrepreneur walks in: Maxwell Marx. Felicity pitches her new reality show to him. Little did she know her life-long heartthrob would become her supervisor. Working close with Max, she sees a side to him no one knows. She wants to break down the barriers and reveal the man Max truly is but denies exists. She’s determined to break through, only she doubts he’d ever let her.

Max is happy with his carefree existence, much as the tabloids portray. He plays up to the role of the unattainable lady’s man better than any script he agrees to take. The façade works just fine until he meets Felicity who wows him with her new reality TV show proposal. So much so, he convinces his network executive buddy to take on the project. But Felicity also taps into something deeper in him. A place he’s purposely protected from any woman to penetrate. He enjoys Felicity’s company, and hopes to keep her at bay, yet she threatens to unravel his protective cocoon he spun out of the pain from his past. A pain he doesn’t intend to face again.
Should he stay in his safe world of single living or risk losing the one girl who could complete his life?

About the Author:
Celia T. Lucente is a retired CPA and semi-retired banker.  Her work experience includes nine years as a public accountant and an internal auditor and seventeen years as a senior loan officer for a national bank. She’s currently a licensed mortgage banker and insurance agent as well as a writer of contemporary romance and women’s fiction, a.k.a. what she likes to call “relationship fiction.”

“Wait. I thought you looked familiar. I just read about you in The Hollywood Reporter. Nice article about your work.”

Felicity felt her face burn with embarrassment. He’d read about her! “Yes. That’s me. I’m flattered you saw it.”

“I like to see local talent get ahead. I’m impressed with your tenacity in fighting against the brass in Hollywood. What was it the article said? That’s right, you’re a savant.”

Heat flashed in her chest.  “Yeah, I had to look that one up myself. But, I’m not exactly playing in the big leagues.”

“You’re getting there.” He wiggled his eyebrows.

Felicity could feel the flush run to her cheeks. “I do have an idea for a new reality series . . .”

“I read a little about it in the article. Tell me more.”

“I have an idea for a new show. It’s a step-up from the usual gossip, drama-ridden stuff.” Felicity took a deep breath and waited for the right words to formulate in her mind. “What if there were a series played by executive women who were on the fast track building their careers while juggling family responsibilities or a vivacious social schedule with a super-charged sex life? I envision the show to have just enough edge to give today’s hard-working professionals a chance to escape from their daily challenges.”

“Sound interesting. Have you pitched it to Applaud!?”

“First, they don’t think I’m seasoned enough to have my own show. Second, they’re fully booked. The established franchises have taken all of the prime TV slots. There’s simply no room.”

“Yeah, but I’m sure each franchise has a certain shelf life. Like everything else in television.”

Max seemed to be contemplating something.

Guilt pulled at her heart as her thoughts returned to her sister in surgery. The timing is way off. Too bad, she’d met Max under such unfortunate circumstances.

Then the dratted interruption occurred. “Sir, the doctor would like to see you about Ms. Hernandez.”

Max stood but took a moment to slip Felicity his card.

She scrambled to locate her own and pressed it to his hand.

“Why don’t you give me a call? We’ll meet for lunch.” He scurried to the awaiting attendant and glanced back. “Hope your sister’s okay.”

Then he disappeared behind the open door.

Did she just have a chat with Maxwell Marx? Did he really give her his business card? She stared at it and read it repeatedly:

She’d love to take their discussion further—professionally and personally.

Relax, girl. He was probably just being polite.

Question for You Dear Reader:

Next up in the Executive Women in Love Series: Designed by Love:

If you liked Dream Man you’ll love Designed by Love, Book Two of the Executive Women in Love series.

Margo Spamozzi is tired of someone taking artistic credit for her fashion designs. She decides to venture out on her own, despite having signed a non-compete agreement, and having no money or credit. She blames the last two things on her extravagant social life. Although she so enjoys it. One man at a time. Leaving them before they leave her. It’s her foolproof plan to protect against the betrayal, abandonment, and sexual abuse she associates with relationships, thanks to her past.

Her carefree existence appears to work—until she meets Doug Spenser.

Doug continues to pay the debts, emotionally and physically, from his divorce. His hectic work as a national television network executive doesn’t crush his need for love. But he fears he’s a beacon for the wrong kind of woman, like his self-absorbed ex-wife who plays his weaknesses for her gain.

He finds himself in bed with an amazing, sexy, independent woman. She leaves him the next day without a word but he discovers she’s going to appear in one of his reality shows. He invites her for a drink afterward and soon finds out this damaged woman presents more of a challenge than he can handle. But can he let that stop him from his second chance at love?