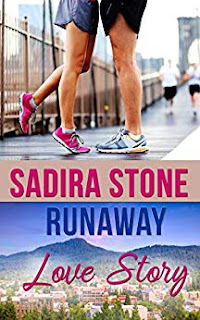 “I’m sorry she called you the S word.”

She laughed. “Yeah. That’s a curse word, as far as I’m concerned.” She leaned her head on his shoulder.

“I’ll strike it from my vocabulary. Your S word is sparkle.” He traced her jawline with a feather-light touch. “Look at you, Laurel. You’re blinding.” His twilight-blue gaze made her heart dance—a steamy tango with swirls and dangerous dips. He kissed her, and, for a moment, she forgot all about caution, about cutting things off before they became too serious, about San Francisco. Her focus narrowed to his lips on hers, his nearness heating her whole body, opening her like a blossom, soft and willing. Ripe for the plucking.

“God, I’ve missed you.” He scooped her legs across his lap. One hand cradling her nape, the other gripping her thigh, he kissed her senseless. His velvet tongue teased her lips apart. He tasted of sugary coffee. The world around them faded—just two bodies, calling and answering, breathing in sync, their pulses beating the same rhythm.

PREORDER YOUR COPY ON AMAZON