As you might know, I write both young adult and contemporary romance of the M/F variety. One of my first manuscripts had a subplot where two of the characters needed to get married for healthcare reasons, but they were lesbians so they had to come to Massachusetts to get married (since we were the first state to legalize gay marriage.) The editor told me they wanted the book, but only if I changed the F/F subplot to M/F. I wanted a contract. I changed the characters.

Oh how times have changed.

LGTBQ fiction is a hot and growing market. I don't write or generally read this genre, but my son does and has opened my eyes to several wonderful books that happen to fall into this category. So to celebrate Pride month, I planned to read and review a bunch of what he considers the "better ones" - and by better, he means the books that have actual plots and 3-dimensional characters, where the conflict is about more than "omigod I'm gay."

Apparently that's a thing in this genre. Like, a negative thing, obviously.

And when he says "3-dimensional" in reference to characters on a page, he means that they have other interesting characteristics and foibles IN ADDITION TO being gay. Or thinking they might be gay.

I've also heard that most LGBTQ books are written by straight, white women who heard there was a need for more stories in this genre and saw an opportunity to get published because the editors and publishers were desperate to fill the perceived void. And yes, my son has purchased a fair amount of these "filler" books too - some he's read all the way through and then viciously dissected in conversation (not on Amazon, he's not a troll) and some he's loved and stuck on my TBR pile.

Here's a rundown of the favorites. 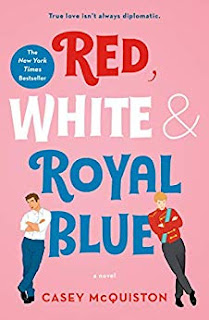 I recently read and reviewed the newly released RED, WHITE AND ROYAL BLUE by Casey McQuiston, and honestly couldn't put it down. Fast paced, fresh, and irreverently funny - if you want to dip your toe in the genre, try it out. It's contemporary romance/New Adult/chic lit type writing that breaks a bunch of rules and totally works anyway. (color me jealous!)

However, there are examples of LGBTQ characters within other genres - books that weren't published to exploit a certain segment of the reading public, but rather probably got published DESPITE having gay, lesbian or bisexual characters as main characters. 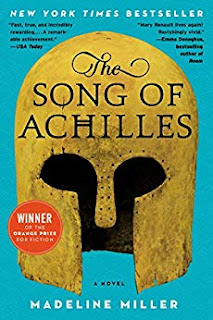 If you like more historical fiction, and/or mythology, SONG OF ACHILLES by Madeline Miller is so well written it made me cry. An achingly beautiful retelling of the love story between Achilles and Patroclus which I read and reviewed last year (read my review HERE) 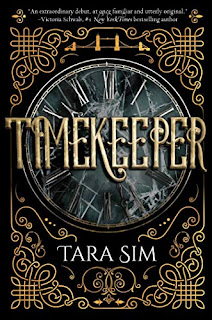 If you're more into steampunk / fantasy, I also read and loved (but haven't reviewed yet, shame on me) TIMEKEEPER by Tara Sim. It tells a fantastical steampunk tale of an alternate Victorian world where time is run by clock towers, and there are keepers to the clocks to keep them running - if the clock stops running, time in the surrounding villages stop as well, everyone frozen in time and unable to escape. There are characters who are the "spirits" of the clocks, and the title character, the time keeper for one of the villages, falls in love with the spirit of his clock  - okay, it sounds strange and fantastical and it is, but it's also lyrical and wonderful, a great escape and another book I just couldn't put down. 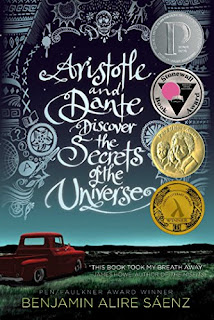 For Young Adult/Coming of Age stories, my son highly recommends ARISTOTLE AND DANTE DISCOVER THE SECRETS OF THE UNIVERSE, by Benjamin Alire Saenz, and it's at the top of my TBR pile right now. Published in 2012, it won a bunch of awards including the Pen/Faulker award. It's a coming of age story, with two Mexican-American boys as the main characters - which my son says is significant because most literature in the genre have white characters or at most an interracial couple. It's got more than 800 reviews and a 4.6 rating on Amazon, so my son isn't the only one finding it a well-written, worthy book. I'm looking forward to reading it. 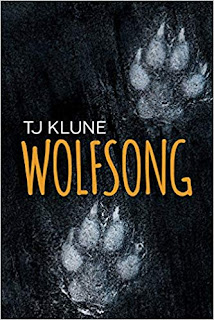 If you prefer paranormal fiction, particularly shifters, my son recommends TJ Klune's WOLFSONG, which is the first book of a series (and book 3 comes out in September.) This book is significant in that the author himself is gay (and not a straight white female) Another coming of age tale told in first person, where the main character grows and changes over time, and his voice changes with him. I haven't read it yet but it's on the pile.

So tell me. What are you doing to celebrate Pride month? Have you read any of these books? If you're an author, have you ever written a gay or lesbian character into your storyline? Do you write LGBTQ fiction? Share your thoughts and get this conversation started...

And totally try one of the above books. I think I listed something there for everyone, so dip a toe into the genre with some early summer reading. Links are provided to Amazon for each of them...

Happy Writing - and Reading - to All!

Posted by Katie O'Sullivan at 9:01 AM