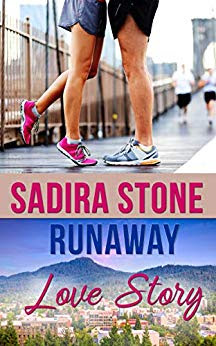 Laurel has big dreams for her life, but so far nothing is working quite the way she wants it to. She wants to work in the art world and live in a big city, but when she loses her gallery position, her parents arrange for Laurel to stay with her great aunt Maxie for the summer to help the older woman transition into assisted living. She still dreams of saving enough money to move to San Francisco with her friend and join the big-time art scene.

While living in Maxie’s small town she meets a fellow runner named Doug, who lives in town and teaches at the local high school. His mother is in the same assisted living facility that Maxie is moving into, so Laurel and Doug run into each other a few times – and then literally decide to become running buddies. One thing leads to another and Oh! My! The chemistry crackles between them and the sex scenes are steamy good! And yet, Laurel still isn’t sure she’s ready to give up her dreams and settle for a small town guy and a small town life – no matter how right things are between them.

The author writes with humor and heart, giving us a country mouse / city mouse relationship, where the two aren’t as different as they might think, and Laurel needs to open her eyes to the possibilities right in front of her. The secondary characters were lots of fun to read as well - I adored the colorful great aunt, and her gaggle of young artistic friends. The author sends the readers through a rollercoaster of emotions before giving us our happy ending, but it’s well worth the journey!

5 sparkling stars for this one, and I look forward to reading more from this author!

Grab a copy now on AMAZON

...And come back Wednesday for a visit with the author!
Posted by Katie O'Sullivan at 5:00 AM