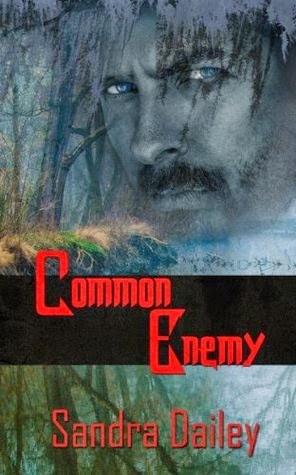 About the book (from Amazon):


Jordan Holbrook is the single mother of a five-year-old daughter. She's just inherited her grandmother's house in South Florida where she's hiding from an abusive ex-husband who's been released from prison early. A new man in her life isn't part of her plans.

Connor McCrae is a handyman who lives out of his van. He walked away from a privileged life and loving family after being badly scarred in a vicious attack. He doesn't believe a woman's love is in the cards for him.

They are brought together by a rundown house, a mutual attraction, and a common enemy: Bobby Ray Butler, who is cutting a path of murder and mayhem through south Florida in his quest for vengeance against his ex-wife.

Can Connor protect Jordan and her daughter from the enraged Bobby Ray? Can Jordan learn to trust men again? If anyone has a say in this--it's Connor.


Jordan Holbrook moves back to the small town where she grew up after the death of the grandmother who raised her. She's been on the move, staying away from her abusive ex-husband whom she turned in to the police after a particularly scary incident.

The house she and her daughter Lizzie inherit is a bit run down, so a neighbor recommends a handyman, a drifter, who has been doing work at his place.

Connor McCrae wasn't always a drifter. After a mugger cut him up and left him for dead, Connors life spiraled downward. His wife left him, he suffered from PTSD, he couldn't focus on his job or much of anything. He found comfort in working with his hands and helping people.

When he shows up to assess Jordan's house, he finds more than he bargained for, both in the job at hand as well as the new boss. From the first meeting, he feels a connection to this woman and her cute five year old. But there's more to it than either of them could imagine. When he finds a photo of her abusive ex-husband, he realizes Bobby Ray is the same man who attacked him and sent his life on the roller coaster of the last several years.

And…the guy is about to get out of jail. Time served, paroled for good behavior. He wants revenge. And everyone's lives are about to get more than complicated.

Sandra Dailey has penned a suspenseful tale, full of intrigue, murder, and a truly evil bad guy in Bobby Ray Butler. (The chapters in his point of view made my skin crawl!) With surprising twists around every corner, this book will keep you turning pages until the end. At times, the romance seems forced, and some of the coincidences seem a little too serendipitous, but overall Ms. Dailey has written an intriguing tale and an enjoyable read.
Posted by Katie O'Sullivan at 5:00 AM