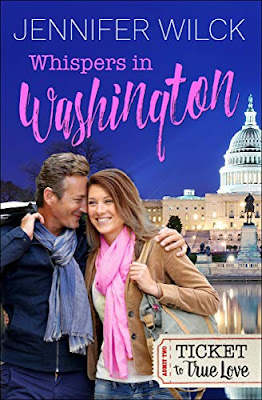 Naomi's life has been destroyed…

When Naomi Adelman’s crooked politician husband was arrested, her life, and that of her daughters, was destroyed. Divorced and rebuilding her life, Naomi is wiser, stronger, and determined not to let anyone hurt her or her family again. Her new life doesn’t include falling for her charming and good-looking neighbor.

Max bet everything and lost...

Max Bruder bet his entire career on the Adelman story and lost everything. So, he figures that karma has smiled down on him when Naomi moves in next door. This is his chance to revitalize his career. Except the closer he gets to her, the deeper he falls for her. And soon, the line between interview subject and lover blurs.

If they fall for each other, they may jeopardize their chance at a future.

When Max’s true motive is revealed, will Naomi be able to forgive him? And will Max be able to stop the whispers to protect her before it’s too late?

I love second chance romances, and this one has surprising depth and nuance. If you ignore the cheesy series premise about drinking the special spring water that will make you find true love, the rest is really well-plotted and thought out. Although, in all honesty, I kinda like the myth of the spring water, and the faith the main character's mother places in its power. But I also like to think that love doesn't need magic water to grow.

Naomi's rocky and ultimately failed marriage is behind her, but she can't escape the whispers of gossip that follow her, especially not in a town like Washington D.C. that thrives on innuendo and secrets. What did she know and when did she know it are questions that dog her even now, long after her divorce from the cheating, lying politician she married. Determined not to let him overshadow the rest of her life, she moves back to D.C. and starts a new life that feels more like who she wants to be rather than who her ex-husband wanted her to be.

Unfortunately, and unbeknownst to Naomi, her new next door neighbor is one of the reporters who dogged her story back in the day, and recognizes her right off the bat. Max lost his prime newspaper position because he failed to get Naomi's story the first time around, and he's determined to grab an inside scoop now that the opportunity is in front of him. Except... The more he gets to know his beautiful, quirky, reticent neighbor, the more he would rather protect her from journalistic sharks than exploit her for his own benefit.

The back and forth between the main characters is wonderful to watch, as Naomi learns to trust again and Max's preconceptions are shattered. There's very little heat in this story, but a whole lot of heart. the author also does an excellent job of weaving the feel of multi-cultural D.C. as well as Jewish holiday traditions and complicated family relationships into the narrative giving a fullness to the story.  If you're looking for a feel-good second chance romance, try Whispers in Washington. It's the first book I've tried in this multi-author Ticket to Love series, and I think I may be hooked.