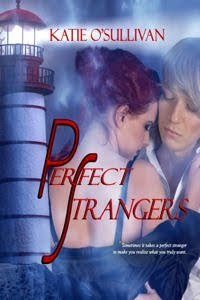 Way back in the Spring, I received an invitation to take part in a series of book sales/signings this summer. I looked at the calendar and was only able to sign up for one of the dates.

So tomorrow morning, I'm headed to Brooks Park in Harwich, box of books in hand, to sign and sell books at a table with other authors as part of a local fair.

If you're on the Cape this weekend, please stop by Sunday morning to say hello, and make me feel loved. I won't make you buy anything, really. (but I won't stop you if you really really want a copy to take to the beach with you!)

I'm actually quite nervous, and almost feel like bagging out of the event - but I signed up and I'm going to show up. So there.

What are you doing this weekend? 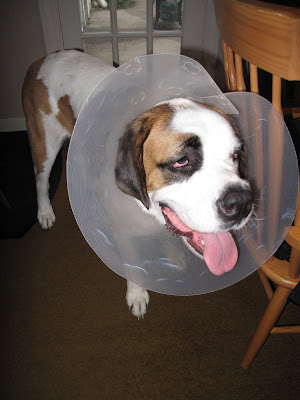 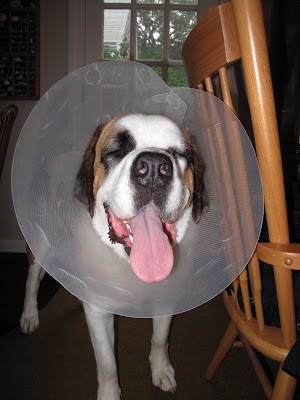 *Hopefully* the wound heals quickly and the Cone can go back into the closet. And Puppy can get back to being her normal, romping self. And *hopefully* she'll associate rolling in excrement with Getting the Cone... and won't do it again.
Posted by Katie O'Sullivan at 7:08 AM 5 comments: