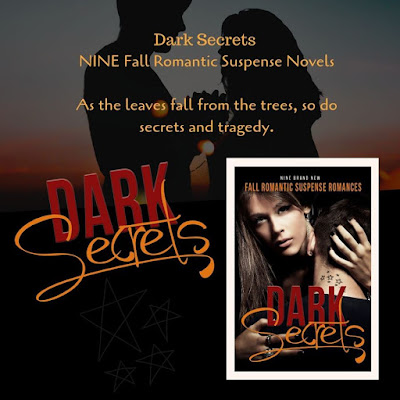 As the leaves fall from the trees, so do secrets and tragedy. Just in time for Halloween, NINE brand-new romantic suspense novels for you to enjoy. From evil and death to overcoming odds and finding love in the most unusual places, these sweet to spicy full-length novels will keep you eerily entertained and on the edge of your seat for hours. Plus, watch for a common thread between the books, it just might be a little Spooky.

Secret Fantasies, Pleasure Your Fantasies Series, Book 3 written by USA Today Bestselling Author Stacy Eaton: Can they figure out the secret before anyone else is killed?

Something Wicked This Way Comes written by Amazon International Bestselling Author Sharon Coady: Some people are born bad. Others are made that way. I was a combination of both.

Romance be the Book written by Amazon International Bestselling Author Amy Manemann: Cool, Autumn nights lead to lingering heat, but can they solve a mystery in time?

The Devil's Own written by Amazon International Bestselling Author Angela Stevens: It's not every day a priest confronts the devil in his confessional.

Ghost in the Machine written by Amazon Bestselling Author Katie O'Sullivan: A little black book can ruin lives--or get you killed.

Hunting Love written by Amazon Bestselling Author Chantel Rhondeau: Ghosts aren't the only ones being hunted on this tour--she must guard her life and her heart. 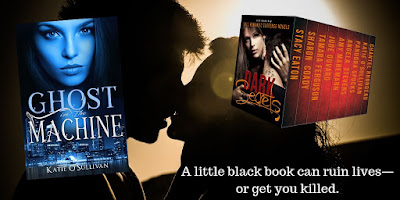 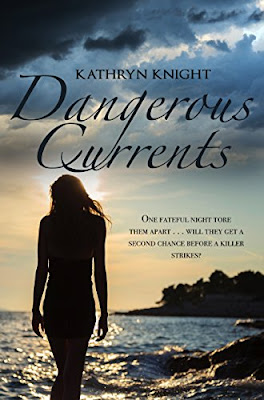 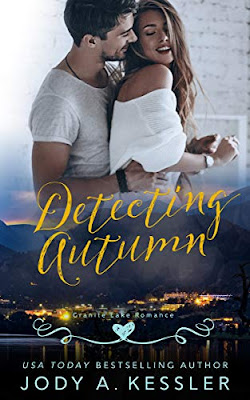 Whether she’s jumping from planes, dating members of the mafia, or falling for the detective who’s trying to find out her true identity, Alex will do anything to write the perfect novel.

Private investigator turned brew master, Shane Everett, is selling his detective agency and moving to Granite Lake to open a brewery with his brothers.

Plus, she needs Shane’s protection from the sociopathic goon who claims to be her boyfriend.

With Alex’s bizarre sleep disorder, a wedding held at gun point, and their off-the-charts attraction, Shane and Alex will have you cracking up with laughter and swooning over every page.

Do you ever get to the end of a book, read the teaser chapter and immediately click to buy the next book in the series? Yeah, I do that all the time when I really like a story. I know it's what all authors hope for, and why we put those teasers at the end of books.

In case you were wondering, they work.


Strap yourself in for a fast-paced roller coaster of a romantic suspense by one of my favorite romance authors. Jody Kessler has a remarkable way of getting into her characters heads and making the reader see the action through their eyes. With this novel, the characters are unique and quirky and the whirlwind plot keeps you glued to the action as the author jumps back in forth through time.

The main character of this roller coaster is Autumn Alexandria Monroe Sawyer, whose life is more complicated than her full name plus all her pseudonyms combined.  Autumn is an author who writes both science fiction and romance under a few different pen names, and likes to have hands-on experiences of the things she incorporates into her novels.  Wacky and unpredictable, but not stupid and definitely likeable.

With her current books delving into mafia-entangled suspense, she decides to date a few connected Italian men, to get the inside scoop... Except she ends up with more than she bargained for, dating two different men from rival families. Luckily, retired special forces and former private investigator Shane Everett is around to save her from herself, as well as from the Moretti crime family.

Plot twists and time jumps keep the reader on their toes almost as much as Autumn keeps Shane on his. Throughout it all, the electricity between Shane and Autumn sizzles off the page. With a heroine this unpredictable, it's hard to know what constitutes her happily ever after, or if she'll ever be able to achieve it... But somehow despite the insanity, you keep rooting for the couple to figure it all out.

This book is part of a series the author has set in the fictional mountain town of Granite Lake, California. Autumn appeared as a minor character in the previous story, Diving Elise, and owns the bookstore Elise works at.  She also appeared as a minor character in Reclaiming Melanie, the third book in the series. Shane Everett is the middle child of the three sexy Everett brothers who are opening the new brew pub across the street from the bookstore. You can read this as a total standalone, or as part of the larger series.

Five sizzling stars to this crazy bunch of characters. Grab your copy on AMAZON


Posted by Katie O'Sullivan at 7:30 AM No comments: