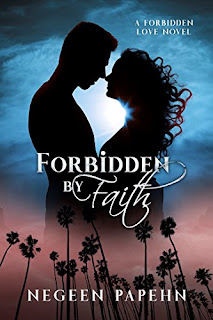 Sara knows her life would be easier if she married a man of her faith, but when has love ever been easy?

Raised by her immigrant Iranian parents, Sara has been taught that a good daughter makes decisions based on her family’s approval, and she’s spent most of her life in their good graces. Until she meets Maziar, and her world is turned upside down.

An instant electricity ignites between them, and it seems like fate when she discovers he’s also Iranian. Just as her mind begins to soar with the possibilities, he shatters her hopes.

Sara is Muslim. Maziar is Jewish. Will faith tear them apart?

Despite centuries of unrest behind them, Sara and Maziar embark on a forbidden love affair, attempting to navigate through cultural and religious prejudices.

Deep within the trenches of their battle, Sara finds herself more empowered and careless than ever before, but will her love and newfound life be worth the ultimate cost—her family?

Forbidden by Faith is a New Adult coming of age story with several twists, giving us a modern Romeo and Juliet tale where religion, culture, and class prejudice act as the hurdles for our lovers to overcome. Told in first person from one perspective throughout, author Negeen Papehn shows us the inner world of first generation Iranian Americans, and the cultural challenges they face as they navigate the divide between different religions and generational preconceptions.

Sara is a Persian Muslim, first generation born in California after her parents emigrated from Iran, now a twenty-four year old graduate student studying to be a pharmacist. She still lives at home, as is the custom until marriage, but when she attends a UCLA party with her best friend, she meets a boy who upends her life plan. Yes, he's also of Iranian descent and studying to be a lawyer - but he's Jewish. And therein lies the rub.

The author gives us frank observations and heartfelt longing that tug relentlessly at both the head and the emotions, so that the reader is torn between wanting the relationship to succeed against all odds and wanting to yell at the protagonist for being so naive. Papehn shows us a relationship that is so perfect, and yet doomed from the very start.Or is it? You'll need to follow the aching twists and turns to see what life has in store for our heroine, and if she finds her happily ever after, despite being forbidden by faith.


Posted by Katie O'Sullivan at 3:00 AM No comments: 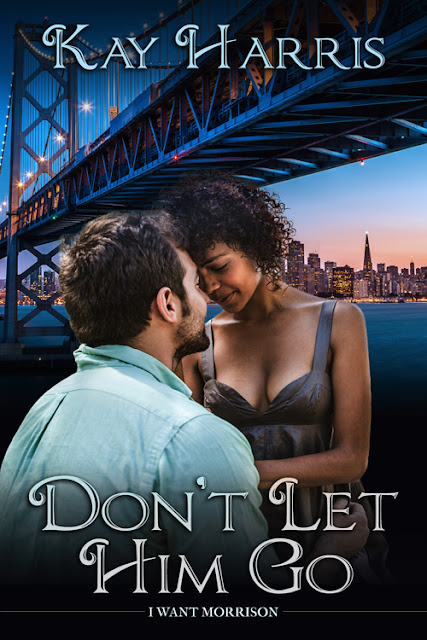 
In this excerpt Candace has just flown across the country to retrieve Jack from a jail in New York. They get into a cab to head away from the police station and back to Jack’s hotel when they have this conversation.

“Jack Morrison, you are at the very top of my shit list!”
“I’m sure I am, but keep in mind this is really all your fault,” he said casually.
I had to pick my jaw up off the floor. “Excuse me?”
“Candie,” he said, turning toward me. “You set the expectation for me. I was just hanging out at a boring conference about fundraising. But you told me what you expected of me. ‘Don’t get arrested, Jack,’ you said. And I got to thinking. I’ve been living down to the low expectations of my family for years now. Why shouldn’t I let you down, too?”
“There is something seriously wrong with you.”
He had the nerve to grin. “Look,” he said, a serious tone suddenly taking over him. He pulled his hands out from behind his head and sat up straighter, angling toward me. “I met some people at the conference, and we became friends.”
I just bet it was that easy for him. I had exactly two friends in the whole world, and this guy, he could make a dozen in the course of two days.
“They were holding a demonstration downtown,” he continued, “to bring attention to the plight of women being trafficked and to shed light on the lack of anything real being done about it by the authorities. Surely you care about human trafficking, Candie.”
I did care. I cared a lot. In fact, I donated money to groups like that every year, and I volunteered my time. I wondered if Jack had somehow figured that out. But I didn’t answer him. I kept my expression neutral as I returned his stare.
“It was a peaceful demonstration. We weren’t doing anything wrong,” he told me, a sincere look on his face.
That was one of many problems with Jack—he excelled at looking sincere. I pierced him with my skeptical glare.
“I swear.” He held up his hands. “The cops got rough, and things got out of hand. And, Candie, I got out of jail while my friends are still sitting there. Can you see how that would piss me off? Can you imagine how that would feel?”
I struggled to respond. What could I say? Should I express my anger that my date had been interrupted or that I’d had to fly out here on a Saturday night? It fell flat against his argument.
“What are you going to do?” I asked, my voice soft.
“Unfortunately, there isn’t a lot I can do. All my lawyer connections are in California. And I don’t suppose you have a license to practice in New York.” He sounded defeated.
“I could call my dad. He knows people in New York.” What the hell was I doing? It had just popped out of my mouth. I didn’t usually speak before thinking. But for some reason, Jack freaking Morrison made me completely lose my mind.
Jack’s eyes lit up at my outburst. “Oh God, Candie, really? Thank you!” I was still reeling from what I’d done when the taxi pulled up to a curb and Jack took my hand, pulling me out of the car. “Come on, we can call him from my room."
~ * ~ * ~ * ~