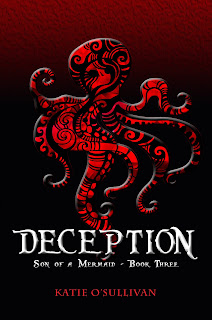 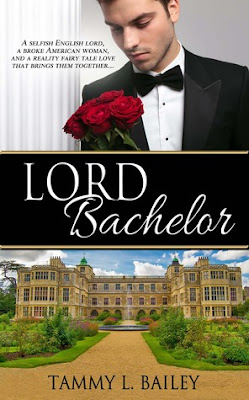 
Edmund Rushwood is a single English lord in possession of a great fortune who is in desperate need of a rich wife. In accordance with his father’s will, Edmund has until he turns twenty-six to find a wealthy bride or lose his vast inheritance. To retain his selfish lifestyle, he agrees to join an American dating game show to find the woman who can save him. He doesn’t bargain on meeting Abby Forester, an impoverished, spirited American woman who is content to live out her father’s dreams in his vintage record shop.

With covert intervention from an unlikely source, Abby lands on the dating game show as one of Edmund’s potential brides. As their worlds entangle and love begins to bloom, Abby discovers Edmund cannot marry her and retain his wealth at the same time. Will love keep them together, or will greed triumph and tear them apart?

This was a fun romp of a contemporary romance from start to finish, and I enjoyed every minute of it. A blend of fairy tale and Jane Austen sensibility, Lord Bachelor is an enjoyable lighthearted summer read.

Blend sprinkles of Cinderella and her evil stepmother with Austen's Pride and Prejudice. Add in a selfish English prince, a la Beauty and the Beast, and a poor shopgirl from Oregon with a heart of gold who can save him with her love. Mix in a touch of fairy godmother magic, and blend it all up in a reality television series... And you have a summer beach book that will keep you smiling as the pages fly by.

Derivative in a fun, modern way, the story line has an egotistical English Lord desperate to marry a blue blood before his next birthday or risk losing his title and inheritance. Not interested in love but unwilling to lose his fortune, Lord Edmund Rushwood agrees to be the eligible bachelor on a reality t.v. show and allow the audience to choose his bride.

In a mix-up of epic proportions, Abby Forester becomes one of the contestants, and despite the sparks that fly between them, Edmund knows his ultimate choice can't be Abby or he will lose everything he holds dear. But as they get to know each other, his priorities begin to shift as his heart opens, leaving the television audience to wonder how it will all end?

I'm not a big fan of reality t.v., but I wish there had been more first person descriptions of the on-screen antics described so briefly in the book. I also loved the secondary characters and wish they'd been a little more fleshed out. Overall, I thoroughly enjoyed this modern fairy tale and look forward to reading more from this author! Totally recommend this for your late summer reading pleasure, and think it would make an excellent choice to toss into your Labor Day beach bag.

Grab your copy on AMAZON
Posted by Katie O'Sullivan at 6:00 AM 3 comments: 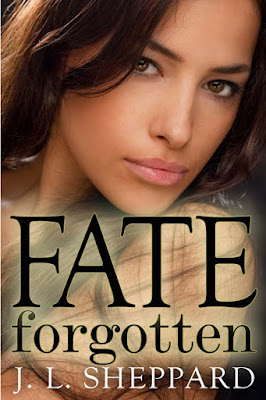 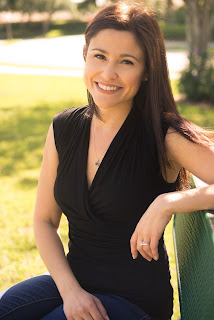