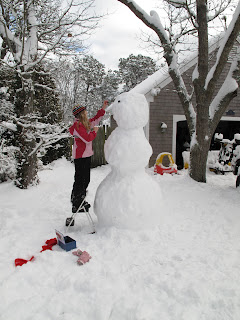 We finally got our first snowstorm on Cape Cod this weekend. My daughter has been waiting all year to make a snowman, since somehow she never made one at all last year. I've been hearing about her plans for months.

She spent hours outside during the storm yesterday, rolling up the balls, but couldn't lift them by herself. I told her we'd help her when it stopped snowing. Which was this morning. 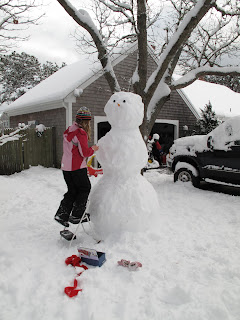 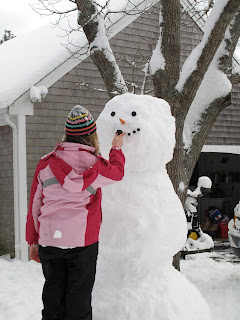 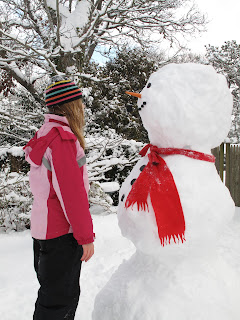 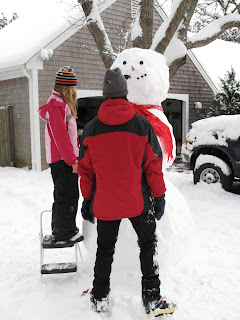 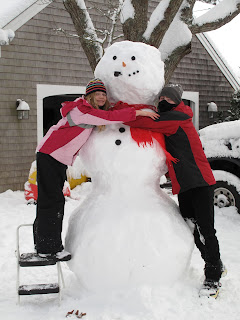 This snowman reminds me of a time back in the 19070s, when we had a huge storm, and all the kids in the neighborhood worked together to build an eight foot tall snowman. We measured. Eight feet and five inches tall. We had to use a ladder to put the face on, too. My oldest son, hugging the snowman on the right, is 6'1", so my daughter's snowman rivals the one in my memory...