Today it's my pleasure to welcome Maren Dille as my guest, while I'm off talking about myself and my new book... (somewhere else) 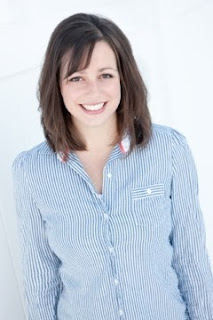 Hi, Maren! Thanks for being my guest today! Tell us a bit about yourself and what kind of books you like to read and write.

I'm Maren, a mom, musician, dog-lover, thriftier, and writer. I enjoy reading almost anything, as long as it's intriguing, well written, and has a satisfying ending. The same goes for my tastes as an author. My current publications range from YA fantasy to middle grade readers, with my WIP's exploring a sci-fi and NA genre.

The freedom of creating and controlling your own story.

A mixture of both. I have a hard time planning out all the details of a story until I start writing and have a good handle on my characters. Usually I get lost halfway through, then spend a while plotting until it's solved.

It changes all the time, but once I became a mom, I just wished I could have stretching abilities like the guy from Fantastic Four.

The Faith and Fate of David Ghent, a YA fantasy novel, chronicles the end of earth from a young man's perspective that is assigned the task of defeating the Devil. Part romance and part action and adventure, it's a fun telling of a coming-of-age story.

Okay, you’re casting the movie version of The Faith and Fate of David Ghent. Who would you choose for the main characters? We’re talking dream cast.

Mmm, Eric Bana and Paul Bettany! I'd watch that movie! So...Where can readers find your book and where can they find you online?

You can learn more about me at www.marendille.com, and buy all my books online at Barnes and Noble and Amazon.

Here's a little more about Maren's books... because you know you're still curious... 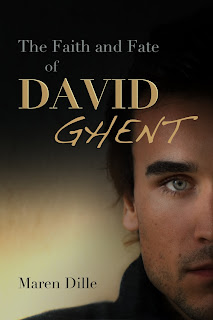 The Faith and Fate of David Ghent:
In the Lucen city dwell the descendants of Righteous and Fallen angels. Kept hidden from the rest of Earth and governed directly by Heaven, each descendant is given a chance to prove themself loyal to Heaven, and obtain salvation. For most, the task is encouraging and fair, but for David, it’s devastating. David Ghent has waited twenty-one years to fulfill a prophecy foretelling the destruction of Lucifer’s power on Earth and Heaven, saving himself and the entire world from Hell’s power. His training is complete, the city prepared. As the battle commences, the city’s most beloved daughter, Layla, suddenly appears at the Hellgate. David is then faced with an impossible choice: fulfill the prophecy, or save her life. The consequences David faces after choosing Layla force him to question his entire life, and his loyalty to Heaven. As the aftermath of failure unfolds, David discovers that the real battle against Lucifer has just begun. 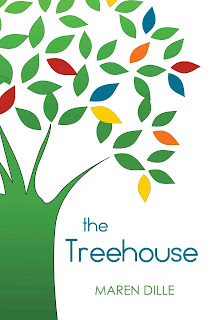 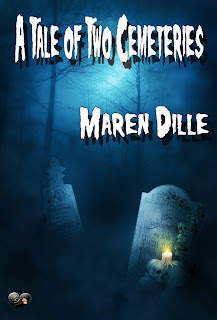 A Tale of Two Cemeteries:
It's 2012 in Deadworld, and the ghosts are hungry for a good human haunting. All Charlie Quinn wants to do is keep his cemetery in business and live a normal, honest ghost life. But Julian McNabb, the ruthless owner of the cemetery across the street, always seems to steal his business.

All of that changes when a teenage pop sensation dies and joins Charlie's cemetery, and Charlie discovers that Julian's success has come by some costly means. It's up to Charlie's haunting company and their new employee to keep their business afloat, and stop Julian from taking any more lives.

Email ThisBlogThis!Share to TwitterShare to FacebookShare to Pinterest
Labels: Blogger Book Fair, G is for Guest, Maren Dille, YA author