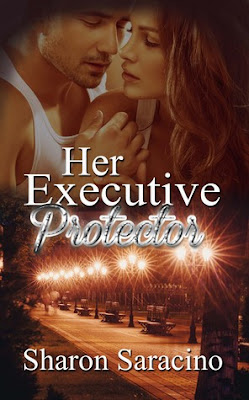 
Madigan Moran walked away from both an alcoholic father, and the man she loved, putting a painful chapter in her life behind her. At least she thought so, until her father died. Returning home for the first time in years, she has a single purpose—sell everything and resume life as an up-and-coming artist. But she discovers nothing is ever simple and inexplicable happenings make her question whether her father’s spirit has actually moved on, or still lingers in her childhood home.

Having given up his career in Executive Protection, Sam Barstow leads an unassuming life despite his high-profile father’s badgering. Regardless of a promise to her dying father, he thought he’d hardened his heart towards the woman who tossed him aside like a half-eaten sandwich. But Maddie isn’t anything he expected and the heat between them burns as hot as ever.

When Sam confesses a secret battle, and Maddie is threatened and later accused of a crime, each has to face their personal fears or walk away. Will the ghosts from their past be the catalyst that holds them together, or the wedge that drives them apart?

This book releases TODAY and is available for half price on the publisher's website. I received an ARC copy from the author last week and needed a quick escape - and this proved to be a fun ride. Kudos to the author and congratulations on this new release! Here's my review:

Small town romance with lots of steam, a little sizzle and a whole lot of heart. I tore through this book in an evening, and enjoyed the ride. Well written and well paced, the main characters were down to earth and real as they tried to balance the conflicts of their past with their undeniable chemistry. The paranormal ghostly elements could have been either explored a bit more or left out, but all in all a satisfying read.

Madigan Moran and Sam Barstow dated back in high school, bit that was long, long ago. When she accepted a scholarship to art school after graduation, she left her small hometown and alcoholic father and never looked back. When her father dies and leaves her everything, she's shocked and saddened, but determined to keep moving forward with her life. Sell the house and move on.

When Maddie left town, Sam was devastated but stayed on track to pursue the career his father hated, in executive security. An unfortunate incident left him injured and doubting his ability to stay focused, so he quit, his marriage ending in divorce. When Maddie comes back to town, he's ready to hate her but totally unprepared for the chemistry that sizzles between them. When her life is in danger, his focus snaps back into high gear, but will it be enough to save her life and win her love?

Don't read this book or steer away from this story because of paranormal elements, as they are minimal, serving to add to the suspense. This reads more like a regular romance with tons of heated looks and yearning, a little hot sex, and a big splash of intrigue and danger.

Or buy it on AMAZON
Posted by Katie O'Sullivan at 5:00 AM