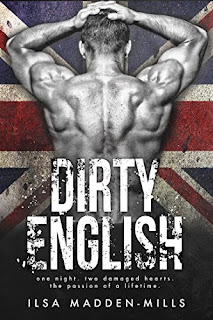 A scarred fighter.
A girl with rules.
One night of unbridled passion.

There are three things you need to know about Elizabeth Bennett: she’s smart as a whip, always in control, and lives by a set of carefully crafted rules. She’s learned the hard way that people you love the most always hurt you in the end. But then she meets Declan Blay, the new neighbor at her apartment complex.

A tattooed British street fighter, he’s the campus bad boy she’s supposed to avoid, but when he saves her from a frat party gone bad, all her rules about sex and love fly out the window. She gives him one night of unbridled passion, but he longs for more.

With only a cardboard-thin wall separating their bedrooms, he dreams of possessing the vulnerable girl next door forever.

One night. Two damaged hearts. The passion of a lifetime.


*A modern love story inspired by Pride and Prejudice* 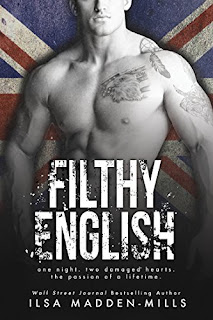 
A smokin' hot British player...
A jilted girl...
One night of mistaken identity...

Two weeks before her wedding, Remi Montague's fiancé drops her faster than a drunken sorority girl in stilettos. Armed with her best friend and a bottle of tequila, she hops a plane to London to drown her sorrows before fall semester begins at Whitman University.

She didn't plan on attending a masquerade party. She sure didn't plan on waking up next to the British bad boy who broke her heart three years ago--the devastatingly handsome and naked Dax Blay. Furthermore, she has no clue how they acquired matching tattoos.

Once back at Whitman together, they endeavor to pretend they never had their night of unbridled passion in London.

But that's damn hard to do when you live in the same house...

One night. Two damaged hearts. The passion of a lifetime.

*A modern love story inspired by Romeo and Juliet*

MY TAKE ON BOTH:

I'm reviewing both books together, because once I read the first I was hooked and had to read the second twin's story. I totally recommend that you do the same. Actually, to be perfectly honest, I read the second story first and then desperately wanted more so went and bought the first book. Each is a standalone story, neither has any loose ends or dangling storylines - I just wanted more. I devoured both in less than 48 hours, and yes, I even had time to sleep and feed the family.

Smart, fast paced, and sassy in all the best ways, Ms. Madden-Mills writes with passion as well as a wink to her literary inspirations (Jane Austen in Book 1 and Shakespeare in Book 2.) The heat level is way, way up there (trust me, the dial is turned up to 11 in each book) both because of the sexy British bad boys, but also because their devilish exteriors hide gooey, emotional centers that the heroines uncover bit by amazing bit.

The hot hunky brothers are both emotionally scarred from the loss of their mother at a young age and the emotional distance of their father. The two heroines are damaged in different ways - in Book One, the story begins with a prom night gone wrong, the consequences being that two years later, Elizabeth still doesn't trust men, and certainly not with her heart. *Trigger warning* While the actual rape isn't described (the book starts the morning after) it is discussed multiple times, and lies at the root of her problems. In Book Two, our heroine finds herself with un-refundable honeymoon tickets to London, but without the husband who left her the week before wedding... so Remi takes her best friend along to make the best of it. Running into the guy from college who broke her heart freshman year is just icing on her heartache, but little does she know he never got over her either.

The stories unfold naturally, the well-paced narratives keep you flipping pages as fast as you can to see what happens next. New Adult is not always my favorite genre, frankly, because they all seem so similar after a while, always first person, usually full of sizzling sex scenes after very little buildup or serious dating of any sort. But this author adds literary spark and a little something extra to the internal monologues as we flip from He said to She said (especially with the twins using British vocab, despite being U.S. college students, so cute!) as well as adding actual tension to the situations between the hero and heroine that are not as straightforward to resolve.

If you like NA college stories that are a little more grown up, give this author a try. And to be clear, there is a third book in this series (starring their British cousin, whom you meet in Book 2) but I ran out of reading time this week. The author has a slew of other books available as well, which I'm adding to my TBR list for summer vacation for sure.