My neighborhood holds its own annual Fourth of July parade, a tradition that's been going on for at least the last 11 years that we've been here. One family started it, but over the years it has grown in size, and now the entire neighborhood eagerly anticipates it, some setting out lawn chairs to watch the parade roll past their home... and really, don't blink or you'll miss the whole thing. 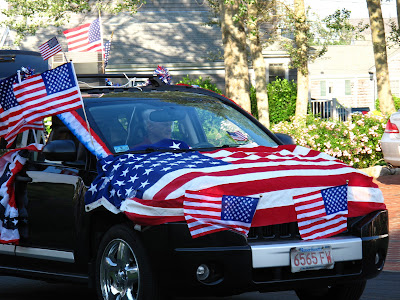 The parade kicked off a little after 6 p.m., led by a decorated vehicle blasting patriotic music through the open windows. The "start car" is then trailed by an assortment of bicycles, strollers, wagons, scooters... and the Red Cup Brigade. It's totally a family affair, but since it's a private neighborhood, and it's cocktail hour... well, of course we all brought our wine (or beer!) along!

The neighborhood streets were lined with spectators young and old, and many small children who merged with the parade as it rolled past their homes. 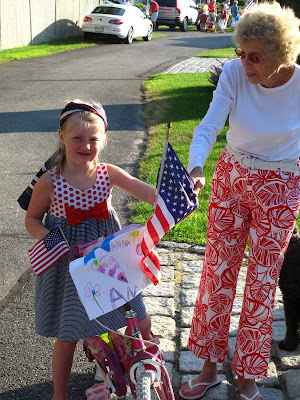 Most of the kids dressed up and decked out their vehicles for the occasion! 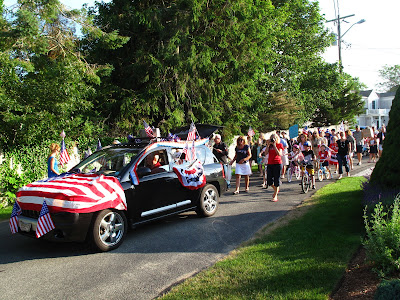 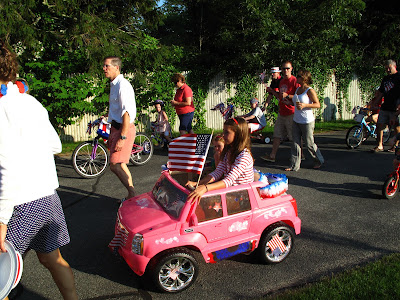 The Chatham parade may have the tiny Shriner cars, but we had a pink electric Barbie Jeep, decorated with red, white and blue trimmings. 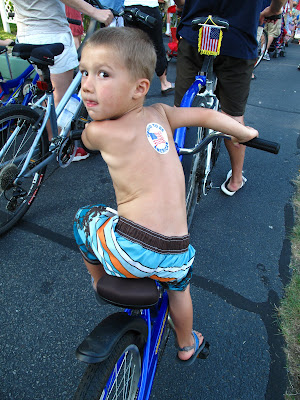 (Sometimes the simplest costumes are the best...) 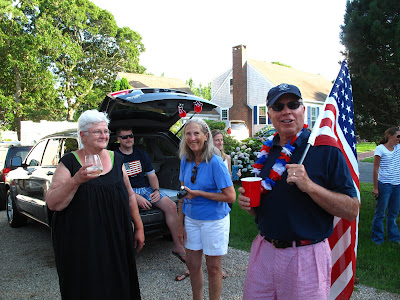 Some of the crowd were also dressed in festive attire, all with libations in hand to toast the parade. It was a great time to greet old friends and exchange holiday hellos throughout the neighborhood. 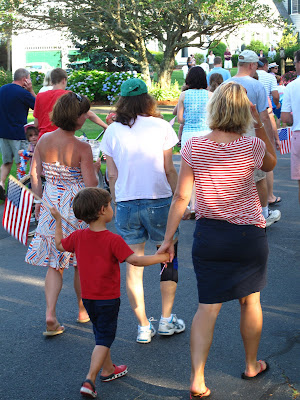 Sometimes it's the little things that make us the happiest. My family skipped the big parade in Chatham this year, but I wouldn't miss the neighborhood parade for anything!

What did you do to celebrate the Fourth of July?
Posted by Katie O'Sullivan at 6:41 AM

Email ThisBlogThis!Share to TwitterShare to FacebookShare to Pinterest
Labels: Fourth of July, traditions