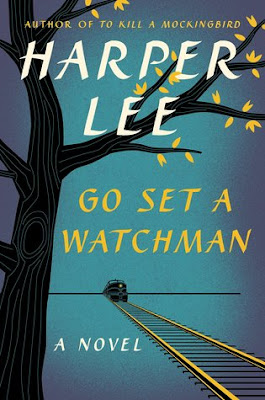 Maycomb, Alabama. Twenty-six-year-old Jean Louise Finch--"Scout"--returns home from New York City to visit her aging father, Atticus. Set against the backdrop of the civil rights tensions and political turmoil that were transforming the South, Jean Louise's homecoming turns bittersweet when she learns disturbing truths about her close-knit family, the town and the people dearest to her. Memories from her childhood flood back, and her values and assumptions are thrown into doubt. Featuring many of the iconic characters from To Kill a Mockingbird, Go Set a Watchman perfectly captures a young woman, and a world, in a painful yet necessary transition out of the illusions of the past--a journey that can be guided only by one's conscience.

Written in the mid-1950s, Go Set a Watchman imparts a fuller, richer understanding and appreciation of Harper Lee. Here is an unforgettable novel of wisdom, humanity, passion, humor and effortless precision--a profoundly affecting work of art that is both wonderfully evocative of another era and relevant to our own times. It not only confirms the enduring brilliance of To Kill a Mockingbird, but also serves as its essential companion, adding depth, context and new meaning to an American classic.

I will fully admit to getting caught up in the hype, and purchasing the hardcover on release day at an early morning release party at a local Cape Cod bookstore (Thanks, Titcombs Bookshop!)

And then, the reviews started filtering in, and they weren't good. People didn't like this book. My mother in law really didn't like this book, saying it besmirched her memories of Scout and Atticus. She actually said besmirched. So I put the book aside in all its hardcover glory, and didn't read it over the summer as planned.

The kids went back to school, my day job heated up, and the little hardcover sat on my office shelf, mocking me every once in a while. One day I was on a particularly boring Friday afternoon conference call and dusting the shelves while I listened (don't tell my boss) and the book mocked me again. After all, who am I to ignore a book based on someone else's opinion? Especially one I already purchased. In hardcover.

So I read it that weekend. While it was hard to get through the first chapter stylistically, (I've been reading way too much recent teen fiction lately, and not enough literary fiction) I caught onto the author's style fairly quickly. And once the story grabbed me, it was a quick trip to the finish line.

Bottom line? I really enjoyed reading this and have been recommending it to people for weeks. Yes, it raises uncomfortable questions, and yes, it paints American icon Atticus Finch with a new palette, but it doesn't make it any less of a good book or important story. I do think it's destined to be a classic, and that it helps people understand the complexity of race relations. A lot of America started believing we lived in a "post-racial" society when we elected a black president - but that's not really the case as incidents in Ferguson and around the country have starkly pointed out.

Maybe I'm lucky that To Kill a Mockingbird wasn't my favorite book of all time. I liked it, but only read it once, compared to, say, A Connecticut Yankee In King Arthur's Court, which I read dozens of times over my childhood and teens.(What can I say? I liked sarcasm even then.) Go Set a Watchman pokes holes in the solid, one-dimensional character that many people seem to remember Atticus for - conflating his solid belief in the law with a certain moral compass of racial equality that apparently wasn't his to begin with.

I read an article which talked about how Watchman was actually the first book Harper Lee submitted, and it was her agent who suggested she explore the backstory of the trial during Scout's youth as a better first book. First published in 1960 (and never out of print since) To Kill A Mockingbird became an instant classic and won the Pulitzer. It's an important work of American literature. But equally important might be peeling back the outer shell to see the nuanced layers behind the characters. Not everything is as black and white as we'd like, no pun intended. Even Atticus Finch has shades of grey.

If you haven't read the book yet, grab it on Amazon. Or give it as a holiday gift. Just as To Kill a Mockingbird was important in 1960, Go Set a Watchman is important in 2015.

If you enjoyed reading The Help or A Time to Kill, books where race relations in the South aren't so simple, you will find Harper Lee's "new" book interesting and thought provoking. Don't listen to the critics (or your mother in law) - Decide for yourself.