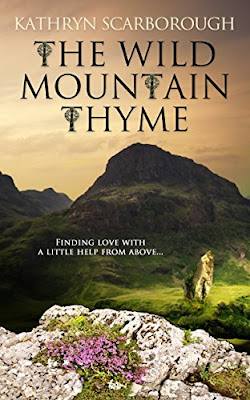 
There’s a serial killer murdering Irish-American tourists all over Ireland. Jim O’Flannery of the Boston Globe and Megan Kennedy of the Irish Times, are teamed up to report on the killings. They want to work together, but also to stay clear of each other emotionally; there was A LOT of trouble with the opposite sex in the past. But, Jim’s guardian angel appears, as a leprechaun, to pester and cajole Jim into getting involved with Megan. Jim can see Seamus, Megan can’t.

Jim and Megan trail the murderer to the west coast of Ireland, piecing together his motivation and where he may strike next.

An attempt is made on their lives, and only Jim’s quick wits saves the two. Megan disappears. Has the killer kidnapped her? Can Jim, with Seamus’s help, save her from mortal danger?


This sweet whimsical romance is a like an old fairy tale, the kind with magical elements and hidden dangers lurking in the shadows. The lighthearted interplays of the main characters are juxtaposed with twisted ramblings of an unhinged serial killer who's fixated on the heroine.

The story unfolds from multiple points of view, mostly jumping between the two main romantic characters James O'Flannery and Megan Kennedy, journalists covering the story of a serial killer on the loose in Dublin. Jim has been sent over by The Boston Globe to work with Megan from The Irish Times, covering the murders of several Irish American tourists, supposedly at the hands of a serial killer.

The killer himself (whose identity is shadowed at first and slowly revealed) also has several chapters from his point of view, giving the reader insight into his twisted perceptions of reality. And then there are the chapters from the paranormal POV... from Jim's  guardian angel, on an assignment to earn his wings and disguised as a leprechaun.

Seamus is Jim's great-great-great-great-great-great uncle, and must be the most inept guardian angel since Clarence in It's a Wonderful Life ...but then again, it worked out pretty well for Jimmy Stewart in the end. And Seamus's heart is definitely in the right place, even if his methods are a tad unorthodox.

This is a sweet (close the bedroom door) romance that is at times silly and at times suspenseful.  To be honest, I could've done with fewer scenes (and songs) from Seamus, but it all weaves together to create a whimsical, very Irish fairy tale kind of a story. If you enjoy sweet romance with a big dash of whimsy, give this story a try.