Stories and Heroes that Endure

My middle child already had to turn in a project for his Freshman Honors English class. They had 3 books to read over the summer: Of Mice and Men, A Separate Peace, and Gilgamesh. All stories of friendship and loss, all classics. In fact, Gilgamesh is apparently the oldest full-length story still in existence, still being published.

The project was to map Gilgamesh's journey, both physical and spiritual. 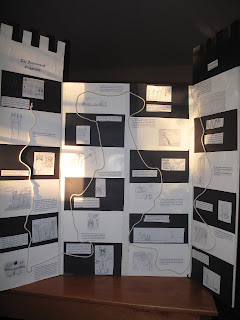 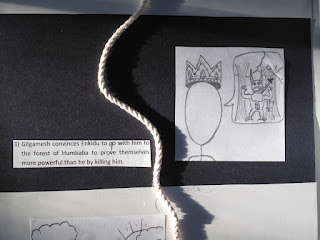 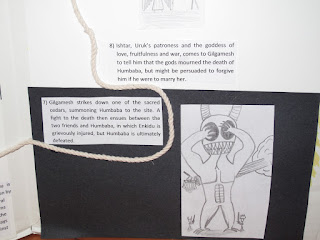 Which got me to thinking, what makes a story endure? Why did this tale survive the ages while others were lost? What makes Gilgamesh an epic hero with the ability to last into modern times? Was it purely luck that heroes like Gilgamesh and Odysseus made it all the way to the 2012 high school syllabus?

According to my son, the story of Gilgamesh survived because it was the favorite of King Ashurbanipal, who had the tale inscribed onto 12 large tablets which were uncovered in the 1800s by archeologists. Homer's Odyssey is a tale that never went out of style, or out of print.

His teacher is trying to show the class the elements of a classic tale, one that can translate from one generation to the next and have meaning. The details of Gilgamesh's kingdom are no longer relevant, but the way he conquers monsters and deals with the loss of his friend is a spiritual journey that still has meaning. The deeper threads that Homer weaves through his tale of love, family, honor, loss and redemption are all still relevant in today's society.

I have favorite stories from my youth that I've saved, to pass down to my kids. Some they've loved, some not so much. They like the ones that have deeper meaning, and those are the stories they'll pass on to their own kids, maybe in an ebook form instead of paper, just like we read Gilgamesh on paper instead of on stone tablets.

What makes a hero memorable? Is it the writing itself, or the deeper truths that the author uncovers?

What books - from your childhood or from the present - will you be passing down to your kids?