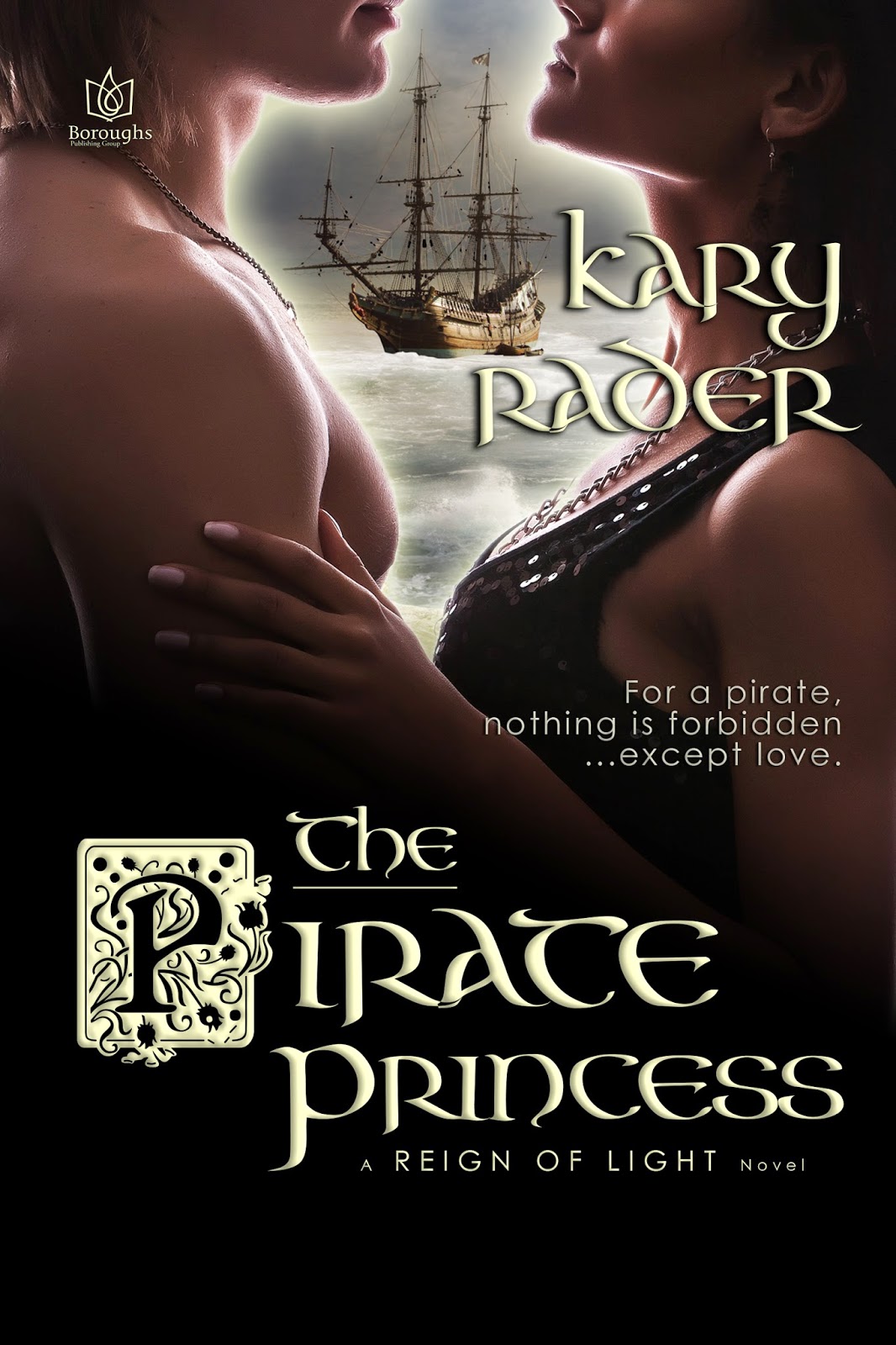 The Pirate Princess, by Kary Rader
Published May 2014 by Burroughs Publishing


To gain her freedom, Charlee must seduce the prince. To save the pirate, Prince Petra must win her heart.

BY HONOR ALONE
A handsome war hero, Prince Petra can have his pick of any lady in the kingdom. A man of virtue, he's saved himself for just the right one. But when the corrupt emperor of Isa Vis kidnaps a duke's daughter to force her into an alliance, Petra sacrifices himself—and his dreams of love—to save her. Betrothing himself to the distant captive, he leads a daring rescue across the stormy South Sea.

First of all, I don't like the book blurb. At the same time it tells too much and too little. I'm not sure how I would rewrite it, but it doesn't give a truly enticing description of the story.

Because make no mistake. This in an enticing story.

First, you need to read book one of this series to understand the conflicts within this world, the Power of the Light, the Gifts and Implanting... and the sheer goodness and magnetism of Petra. He's an awesome guy, and you don't get his awesomeness at first when you read this story without book one. So go back, read the first book in the series Queen of Jastain. I loved and reviewed it last summer - read my thoughts HERE.

Where the first book was a time-travel romance, however, this one isn't. This is more of a swashbuckling fantasy with pirates versus royalty set firmly in Kary Rader's world of Jastain and its surrounding islands, seas and territories. Which is fine. And I like it. But it's different. Not really in the same style as the first book, which is more a warning than a criticism.

When we first meet Charlee, our erstwhile heroine, she's not a likeable character. In fact, I actively disliked her for a while there, wondering if there might be another heroine lurking somewhere I could root for. But she grows on you. And you do start rooting for her, despite her quirks and insecurities. And there are several twists to the plot that surprised me, even though I thought I had it all figured out.

Would I recommend this for summer reading? If you like swashbuckling pirate tales, strong female characters, and a hint of magic sprinkled over it all, definitely toss this one into your beach bag or load it onto your Kindle. 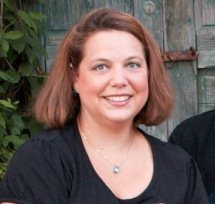 Kary Rader is a stay-at-home mother of three, avid reader and slave to the characters and worlds inside her head.

Always creative, she’s drawn to stories with fantastical worlds and creatures. With a little bit of magic and divine guidance, there isn’t anything that can’t be accomplished. And it’s the power of words that creates and destroys.

Vanquishing evil and injustice while finding eternal love in the process is all in a day’s work. And with the help of her critique partners and master cartographer imaginary places come to life.