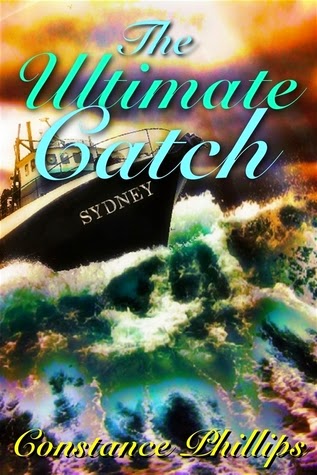 I'm thrilled to welcome romance author Constance Phillips to my blog today! She has a new book out this summer - THE ULTIMATE CATCH - which I loved and reviewed here.

Hi, Constance! Tell us a little about yourself, and what kind of books you like to read and write.

I’m a writer, wife, and mother (my kids are grown) living in Toledo, Ohio. I started writing stories about the same time I learned to write, but really started pursuing it as a career about ten years ago.

I love to write romance – paranormal and contemporary. It’s all about the personal relationships and the happily ever after. I will read anything, but my favorites are romances.

I think I’ve read every one of your books – and loved them all! What's your favorite part of being an author?

Thank you so much, Katie!

It’s hard to pick a favorite part, but I think it’s the early stages of the rough draft, when I only have glimpses of my characters and their story. I love finding out the real story as I write.

My second favorite would be the latter stages of that rough draft, when the plotline becomes crystal clear and I get to start polishing the story for my readers.

I know you don’t live in Alaska – what was your inspiration for setting THE ULTIMATE CATCH in such a remote and unique location?

A lot of my stories come from the “What if.” I’ve always been a big fan of the TV show Deadliest Catch, but – as a woman – was put off by how the captains would talk about the boat being no place for a woman.

I work very hard to paint my heroines as strong woman who can stand on their own two feet, but I didn’t want to shy away from the fact it would be extremely difficult for a woman who’d never worked in a physically demanding job to succeed, let alone thrive.

I started thinking about how I wanted to shatter that stereotype of women working on a crab boat, without creating an implausible heroine.

Being a fan of the show helped me create what I hope is a realistic backdrop for the story, but Jolanda's and Keller's stories are uniquely their own. 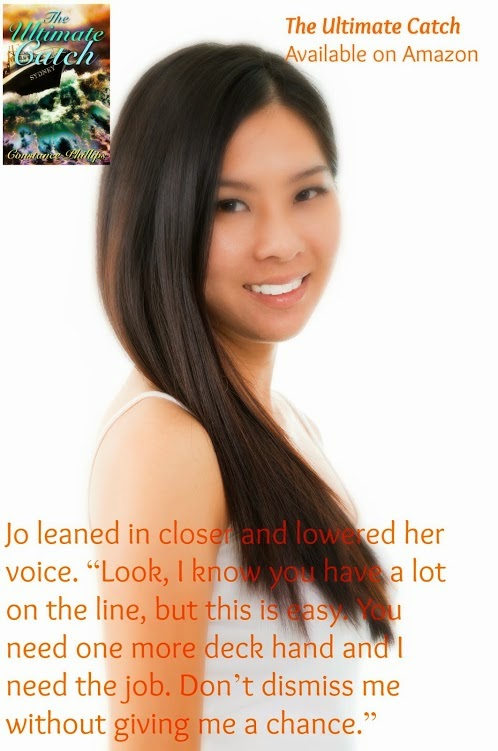 Give us a quick sketch of your main characters – who are Jolanda and Keller?

When Jolanda looks at her childhood and her parents failed marriage, she thinks she knows what she doesn’t want out of life. She doesn’t want a boyfriend or husband who is never there. She wants a stable home in one place. What she fails to understand is there was a lot more to why her parents broke up than her father’s job.

Her mother is remarried and has two other children. Her father has no one but her. She’s caring for him while he’s ill and is determined to do whatever it takes to make the balloon payment on his house so he can have it in his retirement.

Even though Keller’s parents have had a happy marriage, despite the fact his father owned two fishing boats, he is sure that his career has caused his previous relationship to fail. With his father now passed and his brother breaking away from the boats, he’s feeling tremendous pressure to succeed.

When Jo asks for a job on the boat, he refuses. When she wins her place on the boat, they both turn the other’s realities upside down.

Okay, you’re casting the movie version of THE ULTIMATE CATCH – who would you choose for the main characters? We’re talking dream cast.

On my Pinterest WIP board for this book, I have a picture of Alexander Skarsgard pinned as Keller. He has that Nordic and rugged look that is a perfect representation of my image of Keller.

Jo, on the other had is a little harder to cast, but I think Kavya Shetty would do a good job.

Ooh, I love Alxander Skarsgard! Great choice! Now back to you - If you could have one superpower, what would it be and why?

I’m going to say flying. I don’t have the patience for long road trips, and it would be nice to not have to deal with airport security.

Where can readers find your books and where can they find you online?

I have a current list of my books at my website with links to retail outlets. All of them are available on Amazon and Barnes and Noble.

Thanks for visiting today, Constance! And best of luck with this wonderful new book! And Constance is giving away a $25 Amazon gift card as part of this tour - don't forget to enter the Rafflecopter for your chance to win!