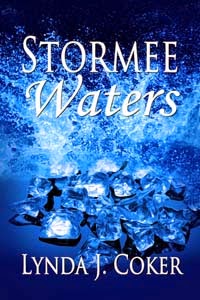 
Dirk Savage never fails to acquire what he wants until he encounters Stormee Waters and a backwash of trouble...

Stormee Waters knows about hard times. Needing to care for her aging grandmother and teenage brother, she moves to Houston, Texas and takes a writing job for a popular magazine. Her first assignment is to interview a successful business man for a series of articles entitled, Make My Man Texas-Sized. Her target, Dirk Savage, appears to have the right criteria. He's adventurous with the air of a conqueror. Admired by his peers and coveted by beauty queens and debutantes, he's just the type of man that Stormee needs to make her first article sizzle and sell. But can she handle the heat when she catches his attention?

Dirk Savage is used to acquiring what he wants, except in the illusive quest for the one woman who can fill his heart. The shock of discovering her in the naive young woman assigned to interview him sets his jaded emotions on high alert. Can he convince her that his pursuit is genuine?


She came back to reality and placed the box on the foyer table, picked up her purse, and stepped through the door. The evening light cast a deep shadow across the man at her side, giving the illusion that he became one with the darkness, and something more she couldn’t define. When he escorted her to a sleek, black sports car of indefinable origin, something more took on solid proportions in her imagination. Every tingling cell in her body warned her against the power of his striking personality. That feeling barely registered before another followed. Dirk Savage didn’t play by anyone’s rules but his own. She nibbled her lower lip and stole a glance at him as he helped her to fasten the seat belt.

“Don’t look so dismayed. I’m not going to ravish you, at least, not before we’ve had our dinner.”

Still leaning over her, with nothing but a thought between their lips, his low chuckle reached to the very bottom of her toes. Embarrassed by his scrutiny, she turned her head.

Lynda is an author of contemporary romance that lingers in a reader’s mind long after they’ve closed the book. She lives in Northeast Texas with her husband of fifty years. They enjoy traveling, trying new foods, spending time with family and friends, and doing community service work together. When she feels the need to take a break from writing, she enjoys creating fabric art.  She offers an open invitation to view both her writing and fabric art on her blog.