Monday Book Review: NOW AND THEN, by Brenda Rothert 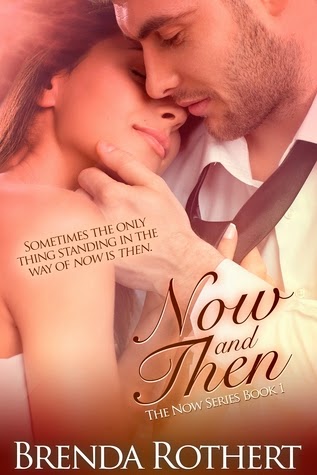 Now and Then, the Now series book 1
By Brenda  Rothert
Published 2013


Now Emmaline Carson is a sharp, settled graphic designer who loves painting, cooking and girls’ night out with her older sister Layla. But then – in the years before she went to art school in Paris – she was a shy, awkward teenager with frizzy hair, a flat chest and a massive crush on the boy across the street, Cole Marlowe. Too bad her incredibly hot neighbor only had eyes for Layla.

Cole is now a confident, laid-back attorney who’s even hotter than he used to be. He’s planning to stay single while working his way up the corporate ladder – until he’s knocked off course by a chance run-in with Emma.

Everything is different between Cole and Emma now. He finally sees her in a way she only dreamed of, and their hot chemistry is fueled by a growing friendship. But Emma’s deception of her sister – who wants Cole for herself – and the secret Cole’s been keeping for more than a decade threaten to tear apart what’s only just begun. Because sometimes the only thing standing in the way of now is then.

Emma Carson and Cole Marlowe were neighbors growing up. He was a few years older and dated her older sister once or twice, but Emma always harbored a secret crush for him. When they run into one another now, as adults, sparks fly between them. Can they overcome the secrets of their past to build a future together?

The idea of this book is that some of the chapters- the "now" - take place in the present and move chronologically forward from the first cute-meet. The other chapters- the "then"- take place in the past, from the first "then" where Cole's family moves into the house across the street from Emma and moving forward from there with relevant memories and glimpses into their shared past but told in a present tense way. Because the chapters are labeled now and then, it's not as confusing as it sounds, and works as a way to give tons of backstory without some sort of info dump. It works to explain complex motivations and painful memories for all the main characters by showing rather than telling.

We see both now and then chapters from both Emma and Cole's perspectives, although not every scene gets shown in multiple viewpoints. An engaging and interesting read, I enjoyed this light romance despite being annoyed by a few of the cardboard secondary characters, and Emma's unreasonable fear of and sublimation to her older sister.
Posted by Katie O'Sullivan at 5:00 AM

Email ThisBlogThis!Share to TwitterShare to FacebookShare to Pinterest
Labels: Brenda Rothert, contemporary romance, Now and Then