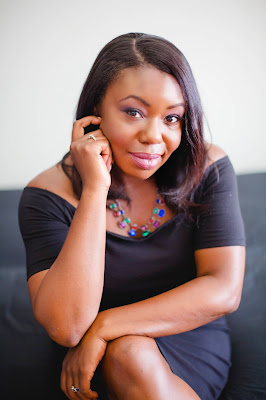 Hi, Tamela!  So glad you could stop by and talk with us!

Thanks for chatting books with me! This is an exciting time for me and I’m eager to share.

Tell us a little about yourself, and what kind of books you like to read and write.

I grew up in the tumultuous 80s in a small city in Southern California, at the base of the mountains called Altadena. Altadena is right above the famed City of Roses with its annual Rose Parade, Pasadena.

I’m currently a graduate student at Cal State University San Bernardino, in the School Psychologist program, with a Bachelor of Science degree. I’ve been writing as a passionate hobby since age 11 or so. My first published piece of fiction is my horror/paranormal romance anthology entitled, “Rock, Paper, Scissors”, which was released in late 2015 by Broken Publications. My first novella to be published by The Wild Rose Press is #1 in my Hell On Heels Series, entitled “Heart of a Hunter”, which was released in April 2016.

The absolute best time for me as an author is being inspired by the smallest thing – a great novel, a piece of stirring music, an overheard conversation – and taking that ball and running wild with it! I love beginning with a germ of an idea and creating an entire world from it, filled with colorful characters who make me laugh and give me the sniffles.

Yikes! I used to pants my way through an entire piece, I must admit. I would just go with the writing flow, getting everything down and worry about revisions later. Now, my style has morphed into a combination of pantsing it and working with a semi- structured, basic outline to keep me on track so I don’t ramble on. Seems like a charm, now that I’ve been working this way with my recent work.

My superpower would be to be an amazing, super talented musician whose music would evoke overwhelming emotions in everyone who heard my songs. I would inspire, teach and entertain people with things like free workshops, free admission concerts, and free classes for kids. I would bring back music to the school curriculum. People all over the world would leave my concerts crying!

Tell us about your upcoming release!

“Dark Deliverance” is novella #2 in my Hell On Heels Series, which releases worldwide from The Wild Rose Press on July 27, 2016. It continues in the dark and atmospheric world of demon hunter, Elle Conner. This new story shines a ray of hope in Elle’s largely unhappy life, with a promise of love and happiness that she has so craved.

Wow - I think I need to grab that when it comes out! Sounds really fun! Okay, you’re casting the movie version of your novel – who would you choose for the main characters? We’re talking dream cast.

Easy! I’ve obviously given this a lot of thought, right? I would cast Zoe Saldana or Jurnee Smollett-Bell as Elle. Both ladies are talented and lovely! Jamie Dornan or Ian Somerhalder would fit perfectly cast as Patrick, my fallen angel hybrid. Both of these guys are hot and that’s exactly what Patrick is!

Ooh, I love Zoe and Ian is DEFINITELY hot. I'd see that movie! So now...Where can readers find your book and where can they find you online?

My books can be found at my Amazon Author Page here:

and at The Wild Rose Press here:

Thanks again for taking time out to talk with me. Happy Reading and Creating!

Thanks for visiting, Tamela. And as a special treat, Tamela has given us a sneak peak at her upcoming story!

Her full lips curved in a gentle smile. “I see what Tagas meant by your superior wisdom and experience. I didn’t mean to come across like a badass demon hunter who knows it all. You hunted demons long before I was even born.”
“So, now I’m old? Thanks.” He clicked off the phone and set it beside him on the seat.
Elle gave a chuckle. “Let’s just agree that you have a glorious past when it comes to slaying demons that has given you certain…um, insights into it that I don’t have.”
Elle watched his expression change, his eyes focusing intently on her as he smiled. Her heart began to beat a little faster. She wasn’t prepared to deal with this other, blatantly sensual part of Patrick in such close confines and moved to make more space between them. He moved with her until their shoulders touched.
“I have insights into many other things. Would you like to hear them, Elle?”
The heat of his glance and the softness of his tone made her hyperaware, her skin tingling. She cleared her throat nervously. “Sure, go ahead.”
Patrick’s gaze settled on her parted lips. “Most demon hunters I’ve known take sex where they can find it and never bother with love. They don’t want the responsibility that comes with loving someone else totally. I have lived like that for years, sex with no ties. You’re different from them, you have a softness. I have loved exactly one woman in my life, a human woman. She shared your same innocence of spirit, which drew me to her like a magnet.” He dragged a finger across Elle’s lips, and she let out a little gasp. Damn it, she didn’t want to be caught in his spell, but she couldn’t deny her attraction to him any longer. He leaned in closer, his lips an inch away from hers and spoke softly. “You draw me to you the same way, beautiful Elle.”
He placed his hand on the back of her neck, pulling her open mouth to his and devouring her. She didn’t stop him. He caressed her tongue with his own, tasting her for the first time. She loved the taste of him and leaned in, wanting more. She touched his face with gentle fingertips, and he covered her hand with his for a moment before cradling her head in his hands, deepening the kiss.
She sighed as his lips found the way to her neck, tilting her head back. She held on to his broad shoulders as he teased the shell of her ear with his tongue. She could hear how labored their breathing had become in the silence of their own little world in the back of the SUV. She knew that he wanted no ties and didn’t want any ties herself. She knew that the sting of his eventual rejection if they did have sex would still bother her. At the moment, she didn’t care. Regrets were for later.

Posted by Katie O'Sullivan at 8:11 AM