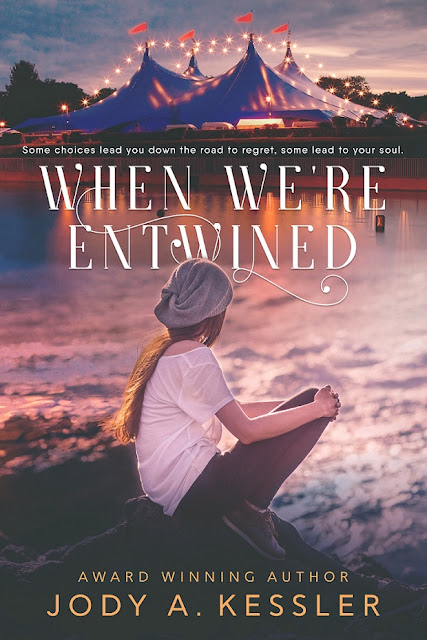 “Do not judge me for where I stand today,
until you know how far I’ve traveled to get here.”
— J. Pyrah, When We’re Entwined

Former circus performer and aerial gymnast, Tara knows it’s time to move on. Tired of the constant abuse and the emotional rollercoaster ride at home, she takes to the road to perform on stage with her boyfriend and his band, Paradox 21.

Drunken excursions and late night after-parties lead to an unfathomable betrayal by her boyfriend, Keel. Tara never imagined her summer tour would come to an abrupt end that lands her jobless, homeless, and broke in a city far from home. Unable to reach out to her emotionally distant and unstable mother and her abusive stepfather, a knight disguised as a homeless man gives Tara new perspective. And a punk named Corban, with his gemstone inspired eyes, takes her on a spontaneous road trip that ultimately lands her a job with the traveling sideshow, The Circus of Misfit Marvels.

As Tara searches for a freedom she has never known, she documents her journey by writing her most embarrassing, profound, excruciating, and soul-searching moments in letters to her sister. Despite heartache, love and loss, Tara finds immeasurable strength and wisdom during her travels in this unforgettable adventure of self-discovery.

“When We’re Entwined is a gripping, emotional modern-day adventure with a glimpse of alternative lifestyles in America as one vibrant, young aerial gymnast realizes cruelty and injustice can be outweighed by kindness, humor, and compassion with the help of a most unlikely and wildly colorful cast of characters.”

When We’re Entwined is on: Amazon and Goodreads

Desperation is a wholly conscious nightmare. It grips me like a stone ogre engrossed in ripping my hair out. She sits on my chest throttling me with hairy-clawed mitts while breathing putrid stink breath in my face. This emotional beast isn’t going to let me breathe untainted air while I suffer for days over my inadequacies and failings.

I’m leaving home with my backpack on, dragging a duffle bag full of doubt and crooked memories. The knife of guilt stabs my gut for running away. I should feel worse about leaving Evie and Jonah, instead of Ollie, but my dog needs me. I need her—and I can’t take her with me. Evie will be all right. She always is. At least, it’s what I keep telling myself. Otherwise, I wouldn’t be able to abandon my sister. Jonah is too little to understand what it’s like to be a nineteen-year-old. Ollie is already living down the street at a neighbor’s house.

Her kid arms are so thin. That doesn’t mean she’s a wimp. Evie is strong. She has way more strength than I do. Evie can hold up the Statue of Liberty in a hurricane. She grips me like she’s clinging to the edge of the world. A piece of my humanity shatters when I make her let go.

I’m breaking something that I can’t fix. It’s trust, but there’s probably a long list of sacred sisterhood principles being flushed down the drain as I make my way to the door. I dismiss the feelings like irrelevant background noise. Not that Evie is irrelevant or that she won’t ever trust me again, but I can’t trust myself not to hurt someone who I love more than anyone else in the world. If I can’t trust myself, then I can never forgive myself either.
~ * ~ * ~ * ~ 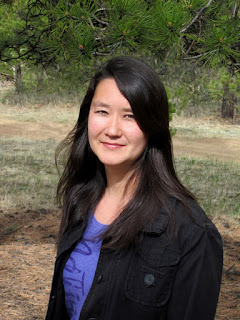 Jody A. Kessler is the winner of the Readers’ Crown Award for Best Paranormal Romance and a runner up for Best First Book with her debut novel, Death Lies Between Us. She also writes historical time travel fiction, contemporary fiction and romance.

When she isn’t navigating the terrain of her imagination and writing it down, she can be found exploring the wilderness of Colorado with her family, or in the kitchen baking cookies & brownies - and trying not to eat them all. She’s passionate about continuing to learn and reads anything and everything that catches her interest. Jody is a Reiki Master and has taught Hatha yoga for over a decade.

Jody invites you to stop by her website and see what’s new at: www.JodyAKessler.com Subscribe to the newsletter and receive a free copy of The Call (An Angel Falls novella.) 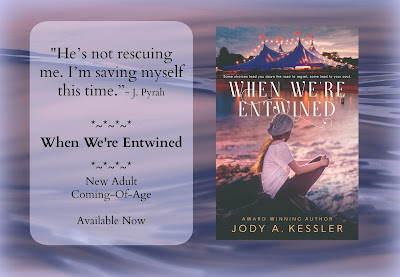