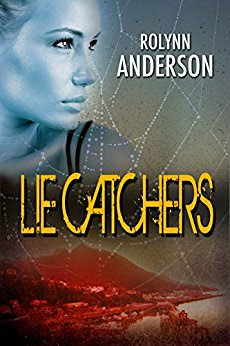 
Two unsolved murders will tear apart an Alaska fishing town unless a writer and a government agent reveal their secret obsessions. Treasury agent Parker Browne is working undercover in Petersburg, Alaska to investigate a money scam and a murder. His prime suspect, Liv Hanson, is a freelance writer struggling to save her family's business. Free spirited, full of life, and with a talent for catching liars, she fascinates Parker. Trying to prove she's a legitimate writer who cares about Petersburg's issues, Liv pens a series of newspaper articles about an old, unsolved murder. When her cold case ties in with Parker's investigation, bullets start to fly. Parker understands money trails, and Liv knows the town residents. But he gave up on love two years ago, and she trusts no one, especially with her carefully guarded secret. If they mesh their skills to find the killers, will they survive the fallout?

Set in a small fishing village in Alaska, this mystery has several layers including an unsolved cold case that the heroine resurrects for her newspaper column, which dredges up old ghosts. The story starts slowly, and didn't grab my attention at first, but once the mystery sucked me in I devoured the rest of the book in one sitting.

Liv is an unlikely heroine with way too many secrets. I found her frustrating at the beginning because of it, because she didn't allow the reader to understand her motivations or her reasoning.  Parker is the Federal Agent sent to Alaska to solve a murder, and who has a few secrets of his own, but from the beginning he comes across as more of a straight shooter and easier to sympathize with. The slow burn between their characters is delicious to watch.

If you enjoy small town mysteries with a cast of interesting characters and possible suspects around every corner,  try this one on for size. Even though its set amidst the natural beauty of Alaska, it's the rainy fall season and not much attention is paid to the surroundings. The author's true focus is psychological, delving into character quirks and motivations to bring her ensemble to life.

Find a copy on AMAZON.