A Ghost Tale for Tuesday 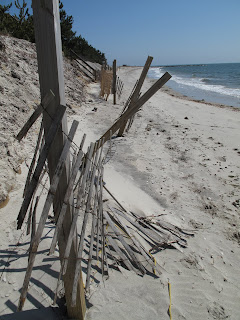 Nine more days until my book is available for download at the publisher's website! I'm both excited and nervous about the release - it's my first novel, so I have no precedent for how I should be feeling. It's both the realization of a dream ... and on the other hand, a step forward into new technology for me, as I'm not a big reader of ebooks. But I will be now.

The main character of my story is a psychic. She can both see and talk with ghosts. At a recent cocktail party, someone asked me how I came up with the idea and if I myself am psychic.

While it would be cool to be able to talk with the spirit world, unfortunately I don't have that ability. But I know ghosts exist. And I know one lives in my house.

When we first bought this house, as a summer home, I knew there was something up. My skin would prickle suddenly at odd times, especially if I was up late by myself, or went up to the second floor alone after dark. My husband said I was crazy. Then I caught a few glimpses of movement down a dark hall late at night, when my husband was away on a business trip. Which was often in those years.

I started sleeping with the hall lights on. I didn't know who the ghost was or what his intent was, but I knew he was there (and it was definitely a him.)

I asked an older neighbor about the former residents. We had bought the house from a 90 year old widow. "Oh yes, her husband was a nice man. A horticulturist. He died peacefully in his sleep," the neighbor told me. I knew which bedroom.

The realtor stopped by to check on how we liked the house and neighborhood, and told me a "funny" story of the lady we bought the house from. After having a second stroke, the former owner couldn't live alone any more. The daughter would drop her off each morning at the house, to be with her husband. "She used to hang out with him and talk to him, like he was still here," the realtor said. "Isn't that a riot? Then the daughter would pick her up on her way home from work."

The following spring, the former owner returned with her daughter to take clippings from some of the prize Camellia bushes her husband had grown. The daughter was so excited to see we had kids and dogs running around the yard, she burst out with "Dad must be so happy! He always wanted grandkids, right Mom?"

After that I realized the ghost, "my" ghost, was benign. He was just acting grandfatherly, checking on the kids at night, checking that the doors were locked and the windows shut... taking care of us when my husband was away.

Do you have any ghost stories of your own to share? Does anyone "else" still live in your house with you? Or do you think I'm a little crazy, too?
Posted by Katie O'Sullivan at 7:45 AM