Chatting with... Maer Wilson and her new release PORTALS

I'm thrilled to have Maer Wilson back visiting with me today as my guest. 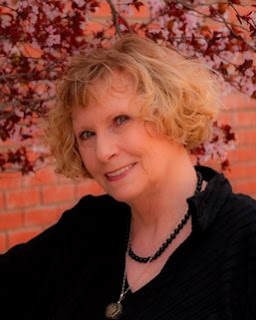 I first met and interviewed Maer back in May 2013, when her first book RELICS was released. You can read my May 7 interview HERE.

Today we're celebrating her newest release, PORTALS, the second full book in the Thulukan Chronicles series. (She's had two novelettes in the interim, both set in this world.) Her books are urban fantasy detective novels, with a detective agency that deals exclusively with supernatural clientele.

Maer, why a supernatural detective agency? What originally sparked the idea?


Hi Katie, and thanks for hosting me. I actually have no idea where that came from! As soon as I had their names, so much became clear about them. I knew what they could do as far as their special abilities. So I just started writing and the agency itself evolved as I did. It came very fast and rather easily because I knew right off they dealt with the dead and other supernatural beings.

Your first book was set firmly in one location in California, but this new book takes the reader to other cities and entirely different worlds. Was it fun to invent new places?
Oh my, yes! I had a blast with Phaete and Neva. I didn’t have to worry if something didn’t actually exist. With the scenes in San Francisco, I try to be true to that awesome city and not put in something that isn’t or couldn’t be there. However, it was liberating to be able to make up these other worlds and do whatever I wanted with them.

Tell us a little about PORTALS. 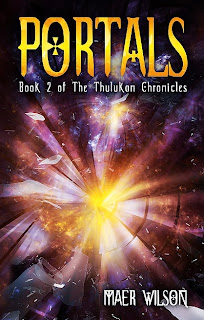 PORTALS is a very transitional book in the arc of the series. In the beginning of PORTALS, everything seems to be settling down with regards to the return of magic. However, as time goes by we see how everything is actually in flux. The repercussions of magic coming to Earth are felt world-wide, and not just on Earth. Here’s the back cover blurb:


For supernatural detectives Thulu and La Fi, “normal” is a relative term. La Fi is a medium, Thulu is a finder, and their usual clients are already dead.

Okay, now for a few fun questions. It's the Holiday Season, so I have to ask. What's your favorite Holiday Tradition?


I absolutely love getting together with my family and just hanging out. Sometimes we play games, or sit and chat for hours. I often have mulled wine or cider at home during the season, too, and I love how it makes the house smell, with all the different spices.

What's on your Wish List for 2014?
I have several projects I’ll be working on. Hopefully, I can finish them all. I’m planning at least one event in 2014 and likely several more, including a party for the release ofr Book 3 and at least one more short story in The Thulukan Chronicles. I have a Biography/Memoir I’ll be doing and a new series I plan to start in 2014. Then there’s this Historical Fantasy I started a year or so ago and I really want to get back to that one, too. Cross your fingers I’m able to stick to my schedule. J

Thanks so much for a fun interview, Katie. I appreciate you letting me be on your blog!

Along with this blog tour, Maer is giving away some fun stuff! Enter the Rafflecopter below for your chance to win one of these great prizes!

Find Maer and her books online in all the best places...