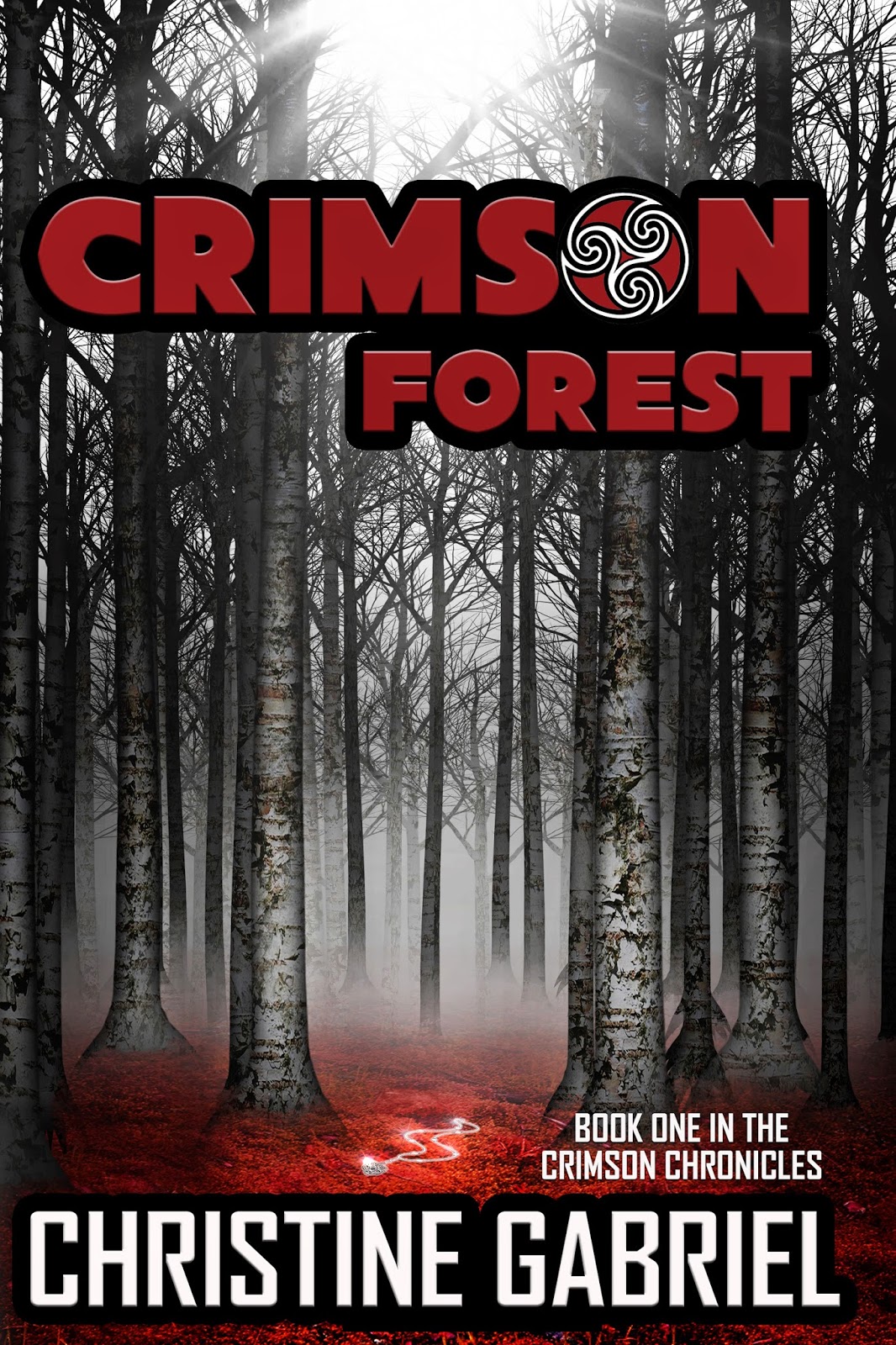 Crimson Forest, book one in the Crimson Chronicles
by Christine Gabriel
Published August 2014 by Pandamoon Publishing

Eighteen-year-old Angelina Adams had every intention of taking that advice. She had no desire to disappear into the trees as so many hunters had done. But when her mother is brutally murdered in their home, and the attacker comes for her, she has no choice but to flee into the blood-red woodland that claimed her father’s life years before.

There she meets Nicolai, a handsome, mysterious stranger who vows to protect her from the dark forces bent on destroying her life. But can he be trusted? Is he who he says he is, or will he simply take what he wants from her and move on? Angelina soon realizes that nothing is as it seems in the Crimson Forest, a place where creatures known only to humans through myth and legend fight for love and survival. It’s a world where fairy tales thrive, nightmares become reality, and some secrets are better left undiscovered.

Angelina and her mother run an inn located in a small town on the edge of the Crimson Forest. Scary stuff happens in the woods and people routinely go missing, yet hunters flock to it for some unknown reason. Everyone has secrets, and mystery tinges every interaction, keeping the reader turning pages to figure out answers.

The book is told mainly from the first person perspective of Angelina, the main character who most of the mystery surrounds, but other chapters are told in third person from other character perspectives which I found jarring at first.

Several of the supernatural creatures are left undefined, which was a let down as it seemed like an interesting opportunity for the author to develop a new mythology. The author has a rich imagination, but her interesting take on the supernatural is never fully fleshed out for the reader to understand, leaving multiple questions unanswered. Will the second book help clear up the loose ends? Let's hope so. With her inventive mind and interesting turns of phrase, Gabriel could be an author to watch, but a firmer editing hand is needed to tighten the story.


*I received a copy of this book from the publisher in exchange for an honest review.*
Posted by Katie O'Sullivan at 5:00 AM