Book Review: STIR ME UP by Sabrina Elkins 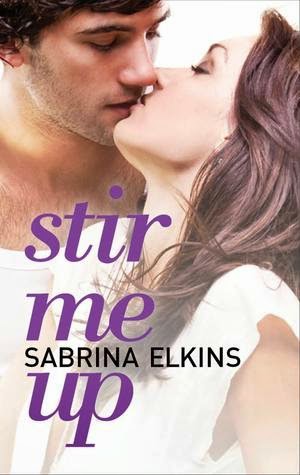 Stir Me Up, by Sabrina Elkins
Published October 2013 by Harlequin Teen


Cami Broussard has her future all figured out. She'll finish her senior year of high school, then go to work full-time as an apprentice chef in her father's French restaurant, alongside her boyfriend, Luke. But then twenty-year-old ex-Marine Julian Wyatt comes to live with Cami's family while recovering from serious injuries. And suddenly Cami finds herself questioning everything she thought she wanted.

Julian's all attitude, challenges and intense green-brown eyes. But beneath that abrasive exterior is a man who just might be as lost as Cami's starting to feel. And Cami can't stop thinking about him. Talking to him. Wanting to kiss him. He's got her seriously stirred up. Her senior year has just gotten a lot more complicated…

MY TAKE:
Between working in her father's fancy French restaurant, dating a hot sous chef, and hanging out with her drama geek friends, Cami Broussard thinks she has a good handle on life in Vermont and what she wants her future to be.

But her dad keeps bugging her about her college plans - as in, she wants to skip college and become a chef - and her boyfriend is pressuring her to go further than she's comfortable with. Then her stepmom throws another wrench into senior year by inviting her nephew to live with them. Julian Wyatt is an injured Marine, recently returned from Afghanistan with tons of scars, both mental and physical, as well as a huge chip on his shoulder.

This Upper YA read deals with both basic and complicated issues facing today's 18 year olds. College decisions, relationship issues and sex itself loom as large today as when I was in high school,  with the addition of 20 year olds returning injured from war, which has become an unfortunate reality for so many.

Told in an honest, funny and totally believable first person voice, Stir Me Up pulls at the heart strings and makes you remember what it was like to be on the brink of so many life changing moments. Enjoyed this book immensely and totally recommend.

Email ThisBlogThis!Share to TwitterShare to FacebookShare to Pinterest
Labels: Book review, Harlequin Teen, Sabrina Elkins, Stir Me Up, Upper YA