Friday Feature: COVER REVEAL for my next book! 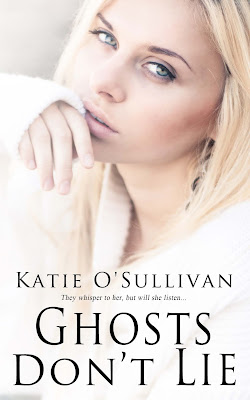 I'm in love with the cover artists at The Wild Rose Press! This is my latest cover for my next release with them, a paranormal tale of ghosts and family secrets. If you're one of the ten very kind people who read my first published book in 2009, the plot may sound familiar...

The rest of you may have read in the press about the troubles authors have had with Ellora's Cave Publishing. They were my first publisher, and my first book was titled Unfolding the Shadows. But. It didn't sell well and I received very little in way of royalties. After several requests, I finally received my rights back and took a hard look at the storyline. There were holes. Gaping holes. The editor should have kicked my butt. The book didn't deserve to sell well. In my case, maybe it wasn't EC's fault.

I went back to basics, and rewrote it. Sent it out for beta reads. And rewrote again. The Wild Rose Press signed the new version for release, with a new title and cover. I'm not trying to fool anyone by re-packaging the story. But I'm very excited to reach a lot of new readers, and give my book the chance it deserved the first time around. I don't have a release date yet, but I'm hoping for a November/December date. Will let you know when I do!

Jillian Rogers Greene worked hard to close the doors on the psychic abilities that defined her youth. For years she pretended to be normal, ignoring the ghosts who whisper to her. When a car crash sets her on a collision course with the past, ugly secrets about her family and marriage come to light. She's forced to reevaluate what she thought she knew...and exactly what the future holds.

Connor Sanderson might be the key to unlocking that future. The grey-eyed artist knows ghosts aren’t real, but his attraction to the beautiful psychic makes him question those beliefs. With her husband plotting to kill her, can Jillian make Connor see the truth before it’s too late?

Posted by Katie O'Sullivan at 9:04 AM